Apple Co-Founder Steve Wozniak Declares He Sold All His BTC Holdings at $20,000 Peak

Apple Co-Founder Steve Wozniak Declares He Sold All His BTC Holdings at $20,000 Peak At the Nordic Business Forum in Stockholm, Apple co-founder Steve Wozniak has said that he sold all of his Bitcoin when it hit around $20,000

Apple co-founder Steve Wozniak has said that he sold all of his Bitcoin (BTC) when the currency hit $20,000 in December 2017. Financial media outlet Business Insider Nordic reported on Wozniak’s comments on Jan. 24.

Speaking at the Nordic Business Forum in Stockholm, Sweden, Wozniak said that he first bought an undisclosed quantity of Bitcoin when the crypto was at about $700 because he “wanted to experiment with it.” He then explained what he planned to do with it:

“My goal was to travel to a place like Stockholm, and go to restaurants and hotels that only accept bitcoin, and only use bitcoin when I travel.”

Still, when Bitcoin reached its all-time high of about $20,000, Wozniak reportedly sold all of his BTC holdings. He said:

“When it shot up high, I said I don’t want to be one of those people who watches and watches it and cares about the number. I don’t want that kind of care in my life […] Part of my happiness is not to have worries, so I sold it all and just got rid of it.”

Wozniak concluded that he has “never been into money in any way” before disclosing “I’ve never used Apple’s stock app, I don’t buy and sell stock.” Furthermore, as Cointelegraph reported in June last year, Wozniak said that “only Bitcoin is pure digital gold” in an interview, reaffirming his belief in the cryptocurrency despite having already sold most of his holdings at the time.

Even when he described blockchain as a bubble resembling that of the dotcom era during the same month, Wozniak still pointed out that Bitcoin is “just amazing.” Moreover, in October 2018, Wozniak also announced that he was co-founding EQUI Global, a blockchain-focused venture capital fund. 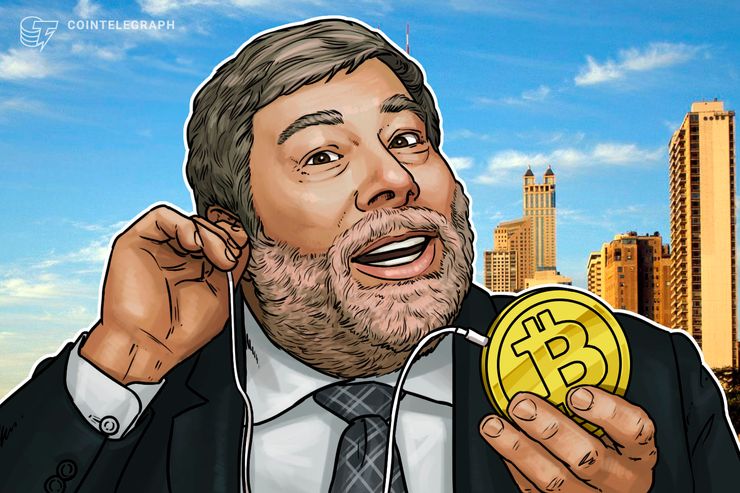 At the Nordic Business Forum in Stockholm, Apple co-founder Steve Wozniak has said that he sold all of his Bitcoin when it hit around $20,000