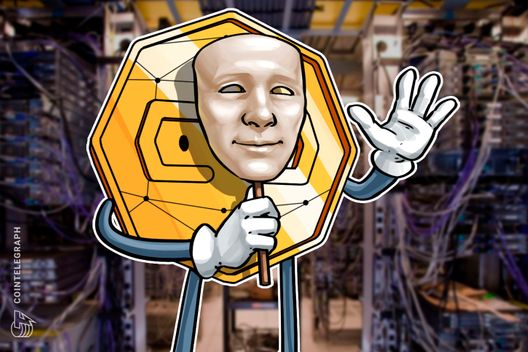 Following concerns that startup Haven Protocol was a “crypto exit scam,” an alleged member of its team reassured the community that the project was intact in a Twitter thread Jan. 21.

Haven Protocol community members had raised the alarm over the intermittent silences and lack of code transparency from a core developer of anonymity-oriented altcoin Haven (XHV).

According to one of the tweets in the thread from team member “Donjor” Jan. 21, the controversy was sparked by an intervention from a Haven marketing contributor in a thread on public chat channel Discord. The contributor, who goes by the moniker of “news.cutter” (@CutterNews on Twitter), posted his concerns to the channel Jan. 21, stating:

“I’ll be honest here. Consider this project dead unless some devs take it over. @havendev is apparently the only person with access to the code repository [and] was asked weeks ago to open it up so other[s] could help out and review the code. Ever since then we haven’t heard from him. [H]e was [also] asked to make the dev fee transparent. Nothing […] on that topic either.”

According to its whitepaper, Haven Protocol is a fork of privacy-oriented coin Monero (XMR), and aims to create an “ecosystem of multiple fully decentralized and private price-stable coins.” The project describes itself as a multi-currency “offshore” account and airms to achieve price stability without collateralizing the coins with assets or fiat currencies, but rather with an “algorithmic dual coin blockchain.”

In response to news.cutter’s remarks on Discord, Donjor affirmed his own belief that @havendev — evidently Haven Protocol’s core developer — had indeed been resistant to opening up offshore code repositories and to making the governance fee transparent, characterizing his behavior as having “all around been quite awol.”

Donjor went so far as to propose forking the repository and onboarding new talent to wrest control of the community’s project out of the hands of one apparently opaque and non-cooperative developer. “I’m not just going to let XHV die,” he added in the post.

Both team members’ concerns prompted wider crypto industry figures, including crypto Twitter personality @WhalePanda, to call out what they perceived as a likely “exit scam.”

In the ensuing hours, the project’s core dev eventually stepped forward to address concerns, claiming he had handed over running Haven’s Discord and social network presence to news.cutter and donjor “4-6 months ago.” The lead dev posted that:

“Haven development has been ongoing […] in light of the insane amount of FUD and although I want to keep the offshore code under wraps I will prepare and hand it all to the team so that they can hire new devs to work on it. I will continue to help the team wherever I can.”

With a market capitalization of $2.7 million, XHV has seen 14 percent growth on the day to trade at ~$0.39 to press time.

Stablecoins — which are most frequently nominally collateralized 1:1 with a fiat currency — have gained increasing traction in recent months. Privacy coins — such as market stalwarts Monero and ZCash (ZEC) — continue to face trading restrictions in some jurisdictions, such as Japan, due to authorities’ fears their anonymity can be exploited for illicit ends.