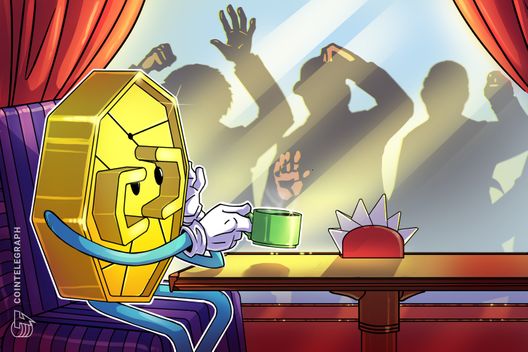 Crypto is instrumental in restoring the extremists’ financial infrastructure, as mainstream financial platforms deny them service

Cryptocurrencies were never apolitical. The fateful 2008 Satoshi Nakamoto treatise did not appear in an ideological vacuum: Notions of online privacy, proactive use of cryptography for protecting individual freedom, and denationalization of currency that informed the Bitcoin creator’s vision had been brewing for at least two decades, at least since the rise of the cypherpunk movement in the early 1990s. The libertarian spirit of individual sovereignty and suspicion of governments and central banks has dominated the intellectual milieu where the concept of digital cash was forged and developed into a working technology.

As cryptocurrencies went more mainstream, the core community’s ideological purity has somewhat diluted — however, even in 2018, almost half of crypto users identified as either libertarian or conservative, another label that, in the context of the United States, captures a lot of the individual liberty and anti-big government sentiment.

Yet, there is another sizable and highly visible group on the right, markedly different from classic libertarians, that is being increasingly drawn to cryptocurrencies for more instrumental than ideological reasons. Often self-identified as conservative or ultra-conservative, the whole ecosystem of hate-mongers, online trolls and conspiracy ideologues — in the mainstream discourse, most often labelled interchangeably as the far-right or alt-right — is turning to crypto as mainstream corporate financial platforms face pressure to disrupt their financial infrastructure.

The boundaries of free speech

In recent years, a previously fringe movement of radical white nationalists came into the spotlight in the U.S., fueled by growing disenchantment of neoliberal identity politics, a subversive meme culture and increasing fragmentation of online media ecosystems. Much like original crypto-libertarians, those in the alt-right don’t like the incumbent institutions of political and economic power, albeit their reasons are largely different. They take issue with the government because they see it as a major instrument in an insidious plot to undermine the dominance of white people in the Western world. Another weapon in this fight, some of them argue, is the incumbent financial system, run by Jews and designed to perpetuate their veiled power.

The First Amendment to the U.S. Constitution, designed to preserve citizens’ right for dissent against an oppressive government, extends protections to any kind of expression that pertains to the sphere of politics, no matter how outlandish or even hateful it may be.

A chain of Supreme Court decisions throughout the 20th century expanded the realm of protected speech so far that even the most extreme expression is safe from government censorship. This practice stands in stark contrast with the policies of some European countries, where governments actively engage in suppressing what they deem to be hate speech.

The U.S. Constitution, however, only protects political expression from governmental encroachment, while no such restrictions exist for digital platforms such as Facebook and Twitter. The only policies that govern their relationships with user-generated content that these private entities host on their servers are user agreements of their own making, which are up for reversal at any time. This does not automatically mean that tech giants are quick to censor the content that the majority of their audiences would find ugly. Such corporate players are towing a thin middle ground between the demands of the outraged public and the imperative to maintain the image of a value-neutral infrastructure for any and all expression, which is essential to their business’s success.

This struggle is real not only for those platforms that provide a forum for speech, but financial services as well. In the best traditions of American constitutional jurisprudence, online political expression these days is not limited to posting slogans and proclamations — it also extends to fundraising in the name of those who propagate political ideas. Whereas the alleged censorship and “shadow banning” of conservative accounts by the likes of Facebook and Twitter is hardly a new trope, the relatively fresh trend is public activism that is aimed at pressuring financial infrastructure providers into purging right-wing extremists from their platforms.

Not long ago, a whole pantheon of far-right media personalities was thriving on their capacity to convert attention, views and clicks into real money. But at some point, the fortunes of many began to reverse, as services like Google Pay, PayPal and Patreon cut their accounts off.

Sometimes, the pattern followed conspicuous events such as the deadly “Unite the Right” rally in Charlottesville in August 2017, after which PayPal banned the National Policy Institute, a group closely tied to nationalist leader Richard Spencer, from receiving electronic payments.

Yet, the more common strategy for payment processing firms has been to deny that dropping odious public figures from the services had anything to do with their politics. In many instances, it took activist groups such as Deplatform Hate and Hope Not Hate to catalyze the process.

Patreon, a subscription-based platform designed to enable consumers to reward content creators, has been arguably the most outspoken in severing relationships with conspicuous extremist figures. Starting with the Canadian right-wing YouTube star Lauren Southern in July 2017, and on to the alt-right provocateur Milo Yiannopoulos in December 2018, Patreon appeared to be the most responsive to the activist groups’ advocacy efforts, as well as the most consistent in enforcing their anti-hate speech community guidelines in removing controversial characters’ accounts. This immediately incited accusations of double standards and anti-conservative bias from the right.

Other influencers have exited Patreon voluntarily, protesting against what they perceived as censorship and encroachment on free speech. Among the latest renegades were the libertarian political commentator Dave Rubin and the Canadian psychologist Jordan Peterson, who has earned a cult following among the right-leaning, tech-savvy youth.

While most observers agree that deplatforming is an efficient strategy for halting hate groups’ public activity, not everyone sees it as a cure-all that comes with no strings attached. The UK educator and far-right commentator Mike Stuchbery told Cointelegraph:

“I’m reluctant to call for the blanket banning of those who engage in hate speech on social media – not only does it set a problematic precedent, but as we have seen, the Far Right is able to skillfully turn such calls into a Free Speech debate.”

Gab, a microblogging service that advertises itself as anti-censorship and pro-free speech, became a refuge for many right-wing figures expelled from larger platforms. Dubbed the “alt-right Twitter,” Gab itself is having issues with payment systems and domain providers. Even turning to crypto didn’t quite solve the problem: Large centralized exchanges like Coinbase have repeatedly denied Gab service. Reportedly, the platform is still promoting Bitcoin as “free speech money” to its user base, at the same time championing decentralized crypto exchanges as the ultimate infrastructure for uncensored expression.

The alt-right’s pivot to the mostly cryptocurrency-based model of fundraising looks inescapable for both practical and ideological reasons. Bitcoin has been a financial weapon of choice for the deplatformed almost from its inception: As early as 2010, WikiLeaks founder Julian Assange turned to digital cash once all major payment processing companies refused to deal with the organization. Since that time, crypto remains the pre-eminent solution for those looking to circumvent corporations’ concerted effort to silence them; in fact, it even become better as privacy coins entered the scene.

Cryptocurrencies also have an influential proponent in Steve Bannon, the former chief strategist for the Trump administration and one of the key ideologues of the alt-right movement, who once said the following on the subject:

Christopher Cantwell, the white supremacist leader who gained notoriety in the wake of the Charlottesville rally, admits to having used Bitcoin since 2013. He now promotes Monero as his cryptocurrency of choice due to its focus on privacy and has even endorsed the coin as “The Official Currency of the Alt Right.” The same basket of currencies – Bitcoin and Monero – seems to be favored by other white supremacist persons and entities, such as the Daily Stormer message board and its founder Andrew Anglin.

While it is unclear how successful these fringe types’ fundraising campaigns are, the more moderate right-wing influencers with a much wider audience base seem to be transitioning to the crypto funding model quite smoothly. According to some reports, Jordan Peterson, one of the intellectual leaders of the new right, amassed as many as 63 BTC in just five days.

While platform giants such as Facebook and PayPal keep uttering that they are merely content-neutral infrastructure providers, the record shows that their centralized decision-making structures are amenable to outside pressures, and they could abandon the alleged neutrality any time on-demand. The real value-neutral infrastructure, for better or worse, is permissionless public blockchains by design.

This value-neutral nature underlies both their potential to help people in developing countries in their struggle against oppressive regimes, and the capacity to be instrumental in propagating hate. 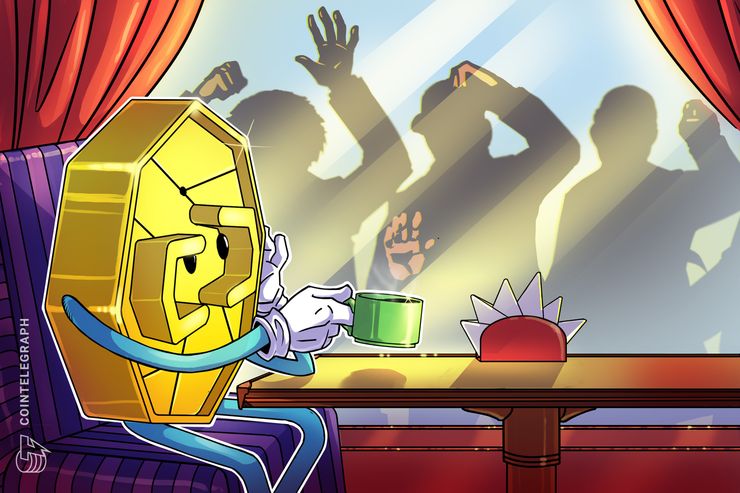 Crypto is instrumental in restoring the extremists’ financial infrastructure, as mainstream financial platforms deny them service