Huw van Steenis, senior adviser to the Governor of the Bank of England, says that cryptocurrencies fail fundamental financial tests and are slow

Van Steenis joined BOE in 2018, having previously worked at Schroders and Morgan Stanley. He is currently heading a review of the future of finance, according to Bloomberg. When asked about crypto’s potential to become a threat to economic stability, van Steenis said:

“I’m not so worried about cryptocurrencies. They fail the basic tests of financial services. They’re not a great unit of exchange, they don’t hold value, and they’re slower.”

Van Steenis noted that registering new entrants into the banking system, especially technology firms, is one of the major challenges for BOE.

He also stressed that traditional banks are slow when it comes to adopting new technologies. “What I love when meeting with fintechs is their obsession with customers. The challenge is will they get customers before the traditional banks can innovate,” he concluded.

In March, the Treasury of the United Kingdom launched the Cryptoassets Taskforce, which is comprised of the Financial Conduct Authority and BOE, in order to develop a relevant legal framework for cryptocurrencies.

U.K. Finance Minister Philip Hammond said in a statement that the new crypto task force will work on creating industry standards for facilitating fintech and bank collaborations, as well as supporting innovation throughout the fintech industry.

In October, the taskforce released a report that proposed to define crypto assets in three groups: exchange tokens, security tokens and utility tokens. It also noted the risks related to crypto, such as a lack of customer protection and the possibility of market manipulation. 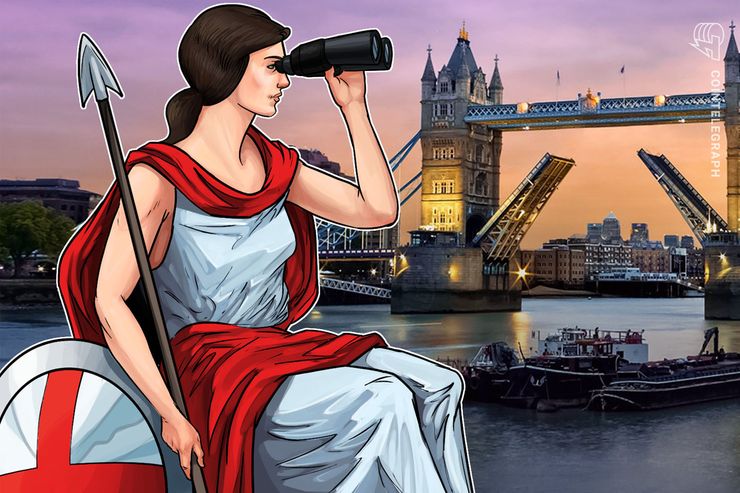 Huw van Steenis, senior adviser to the Governor of the Bank of England, says that cryptocurrencies fail fundamental financial tests and are slow