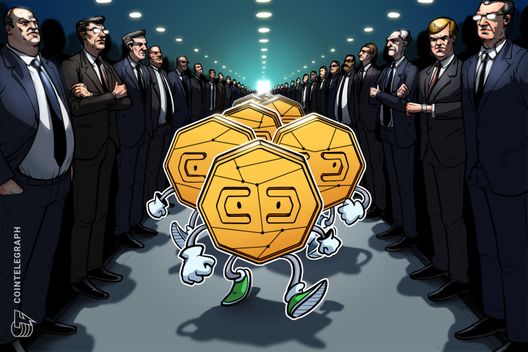 A licensing system should be introduced for crypto services, according to official advice received by Pete Hoekstra, the Netherlands’ Minister of Finance

Hoekstra reportedly requested advice about cryptocurrencies from the Netherlands’ Authority for the Financial Markets and the local central bank, De Nederlandsche Bank, at the beginning of last year.

The minister announced that he started working in accordance with the advice immediately after receiving it. According to the article, the decreased crypto speculative mania has made investor protection actions less urgent. As a consequence of this lesser urgency, the emphasis is purportedly being placed on the prevention of money laundering and terrorist financing via crypto.

The Netherland’s Financial Intelligence Unit noted that the number of unusual transactions with cryptocurrencies has increased from an average of 300 to up to 5,000 a year, NOS reports.

The proposed licensing system would reportedly require crypto exchanges and wallet providers to monitor their customers’ transactions and report suspicious activity to authorities. The exchanges will also have to collect and store information about their customers in order to be able to hand it over to authorities in case of an investigation.

The Netherland’s central bank reportedly announced that the companies will be tested before being granted the license, for instance to check if they are able to collect the required user data.

Richard Kohl, a board member of the Bitcoin Nederland Foundation, has reportedly stated that the measure is “dramatic for young innovative companies,” defining the new regulations as a big step backward in the local innovation culture.

The article report that he expects the new regulation to bring in large amounts of paperwork and vast expenses to the companies in order to stay compliant. All of this, according to Kohl, will cause major competitive disadvantages compared to large established parties such as banks.

Kohl reportedly also declared that too little research has been done about the actual dangers brought on by cryptocurrencies, and that he thinks the measures taken are too extreme. He also pointed out his concerns about other possible consequences of the requirement of the storage of user data:

“Banks and financial institutions already need to keep track of customer and transaction information […] you may wonder how well our personal information is protected and used, such as how the Chinese government wants to be able to follow all transactions of all citizens.”

As Cointelegraph reported in December of last year, cryptocurrency service providers will soon be required to obtain a license from the central bank of the Netherlands.

In August 2018, news broke that an executive at the Dutch central bank had said that while cryptocurrencies are not “real money,” the bank has no plans to ban them. A licensing system should be introduced for crypto services, according to official advice received by Pete Hoekstra, the Netherlands’ Minister of Finance