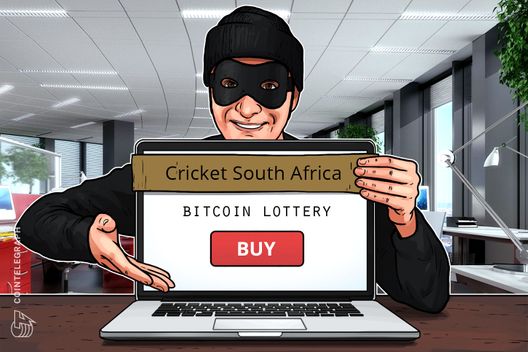 Cricket South Africa (CSA), which has over 1 million followers, tweeted its alleged participation in the scheme in the early morning.

Staff claimed the organization had begun a partnership with Luno, a United Kingdom-based cryptocurrency wallet, through which users could win a prize worth 20 BTC ($70,900).

The now-deleted tweet included a Bitcoin address to which those wishing to be involved should send a 0.01 BTC, and was active for around five hours.

“Apologies to all our Twitter followers who were affected by the hack overnight,” CSA subsequently wrote in a follow-up tweet after confirming their Twitter was back under their control.

In a separate message, Luno also confirmed the news was not authentic, officials stating:

“We distance ourselves from this tweet that is going around. We have not partnered with (CSA).”

At press time, a separate tweet from PPC Newlands Cricket about the fake BTC giveaway from CSA was still live.

The Bitcoin address used in the rogue lottery contained a balance of 0.02 BTC ($70) at press time, suggesting only two Twitter users sent funds.

The episode adds to the tally of scams involving the cryptocurrency world and Twitter, the social media platform having gained something of a reputation for the practice over the past year.

As Cointelegraph reported, well-known figures such as Ethereum co-founder Vitalik Buterin have voiced concern about the problem, which includes mass armies of bots and fake accounts penning tweets about fake giveaways.

While the platform has said it is tackling the problem, the bots persist, research suggesting evidence of an extensive network which adapts to conditions to avoid being shut down. 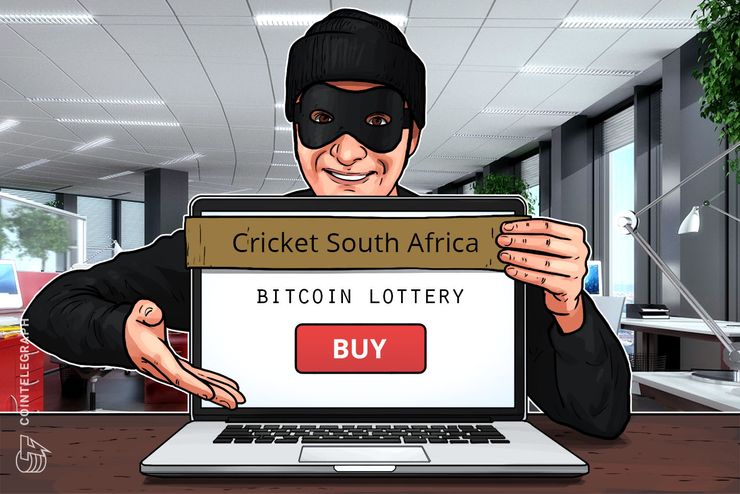