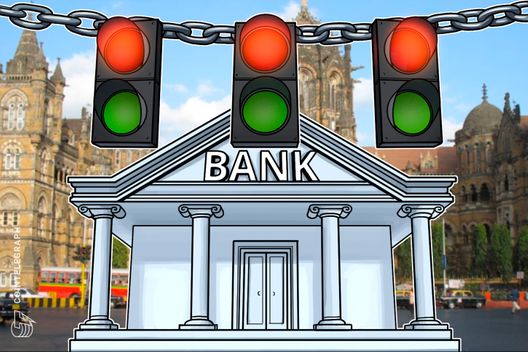 According to the screenshot provided in Indian CryptoGirl’s tweet, Kotak Mahindra Bank makes explicit reference to the Reserve Bank of India’s (RBI) regulations in its apparent terms and conditions for account holders, which allegedly demand consent to the following:

“Basis [sic] the regulations issued by RBI, I hereby declare that I will not deal with any transactions related to cryptocurrency including bitcoins. I also understand and agree that the bank reserves all right to close my account without further intimation in case I am found to undertake such transactions.”

In April 2018, India’s central bank, the RBI prohibited all domestic banks from providing services to crypto-related businesses, but the legal status of cryptocurrencies themselves in the country remains largely undefined.

Multiple twitter users have responded to the Jan. 8 tweet by reporting further unconfirmed details of the bank’s alleged anti-crypto warnings. One user shared a screenshot of what appears to be an ATM screen belonging to an unspecified bank — but which reproduces the exact wording of  Kotak Mahindra’s warning against account closures without further intimation. The ATM warning apparently further explicitly states that:

“Virtual currencies (VCs) are not legal tender and do not have any regulatory permission or protection in India. We request you not to make transactions involving any VCs from any of your account/s [sic.]”

To press time, Indian CryptoGirl has not responded to Cointelegraph’s request for comment.

As previously reported, the status and future of cryptocurrencies in India remains highly contentious. After RBI’s controversial prohibition came into effect last July, both public and industry-led petitions have appealed to the courts on the grounds that the decision is unconstitutional.

Earlier this month, RBI published its financial report for 2017-18, which concluded that crypto currently poses no threat to financial stability. Authorities across the country meanwhile continue to robustly warn the public against the risks associated with unregulated crypto investments, and some political voices have advocated for the criminalization of crypto in the country outright.