Bitcoin ATM Producer Moves to Switzerland Due to Regulatory Difficulties

Bitcoin ATM Producer Moves to Switzerland Due to Regulatory Difficulties 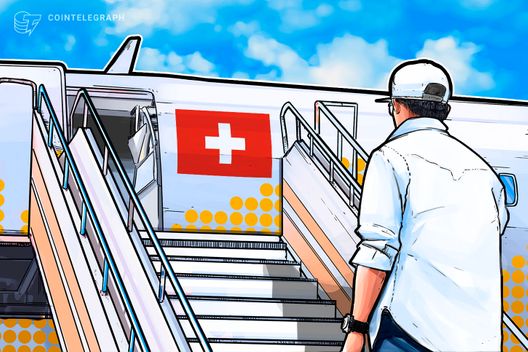 Bitcoin (BTC) automated teller machine (ATM) manufacturer Lamassu has moved to Switzerland due to regulatory difficulties in other countries, according to a blog post published Jan. 1.

Lamassu — now called Lamassu Industries AG — has moved to the Swiss canton of Lucerne, because the firm wants “to be in a place where rules are well defined and regulators are pro-innovation.”

Lamassu revealed in the post that its applications to open an account were rejected by 15 banks because it produces terminals for Bitcoin, while not taking part in trading or storing digital currencies. Additionally, the company was purportedly rejected by payment processor Stripe for having the word Bitcoin on their site.

Switzerland is known for its crypto-friendly approach and blockchain development hub “Crypto Valley” in the city of Zug. In December, Zug was ranked the fastest-growing tech community in Europe. Zug came out top in a comparison of year-on-year growth of attendees to tech-related “meetup” events per European city, with a 177 percent increase as compared with last year.

Several major companies in the cryptocurrency space have relocated to more friendly jurisdictions as a means of regulatory arbitrage. In May, the formerly largest cryptocurrency exchange in Poland, BitBay, decided to suspend its activities in the country as banks would no longer cooperate with the company. The exchange announced it would instead be conducted by a new supplier in the Republic of Malta, where local laws are more crypto-friendly.

Later in June, the world’s largest crypto exchange, Binance, set up a bank account in Malta, saying that the new bank account was a “very significant” development since the exchange first revealed it was relocating its headquarters to the island. The move was reportedly taken in the wake of the news that Japanese regulators had issued a warning to the exchange.

Apart from Switzerland and Malta, other countries — such as Bermuda, Estonia and Liechtenstein — are also actively adjusting and creating legislation to welcome blockchain and crypto projects. In July, Bermuda put forward plans to amend the Banking Act in order to establish a new class of banks that offers services to local fintech and blockchain organizations.