A Thai center for tech development and research has developed a blockchain-based mobile e-voting system, which some hope will eventually be used in national elections

The National Electronics and Computer Technology Center (NECTEC) of Thailand has developed blockchain technology for e-voting, the Bangkok Post reports on Jan. 2.

The technology reportedly can be deployed in tandem with traditional voting as Thais become more technologically literate. According to NECTEC, once 5G is eventually adopted, all votes will be connected with the new technology. Chalee Vorakulpipat, the head of the cybersecurity laboratory at NECTEC told the Bangkok Post:

„Nectec developed blockchain technology for e-voting that can be applied to national, provincial or community elections, as well as business votes such as the the board of directors. The goal is to reduce fraud and maintain data integrity.”

Vorakulpipat said that, in order for the system to function, it requires a controller, voters and candidates. Prior to the election, the controller can verify voter identity and candidate qualifications. Voters will purportedly be able to vote by email and must be verified by mobile camera.

While widespread blockchain-based e-voting has the potential to make elections faster, cheaper and more secure, it will take time to ensure that each voter has access to a mobile internet connection and identity verification.

According to Vorakulpipat, blockchain voting could be deployed in the short term in a closed environment. For example, Thais living abroad could go to an embassy or consulate to vote and verify their identities.  Vorakulpipat also said that the system could be trialed in smaller elections at organizations like universities, provinces and committee boards.

Other countries have also been considering using blockchain technology to secure and conduct election processes. Following the 2018 federal mid-term elections in the United States, the Secretary of State of West Virginia reported a successful trial of mobile blockchain voting for West Virginians in the armed services stationed overseas.

Both the Swiss city of Zug and the Japanese city of Tsukuba have conducted trials of blockchain voting in municipal elections. In Tsukuba, the election was dedicated to several social programs. Residents could choose which of 13 proposed initiatives they would like to support, including developing a new cancer diagnostic technology, constructing objects for outdoor sports, and creating sound navigation in the city. 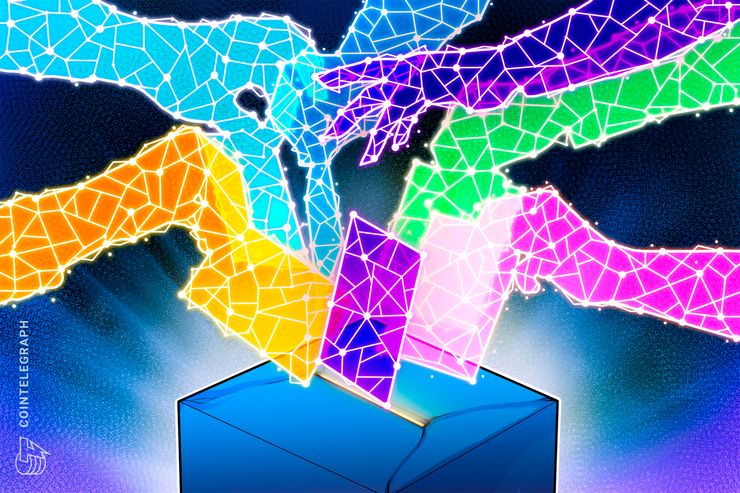 A Thai center for tech development and research has developed a blockchain-based mobile e-voting system, which some hope will eventually be used in national elections