Tired of managing multiple tokens and logins for your favorite DApps? A new blockchain ecosystem is vowing to bring the best tools under one roof #SPONSORED

Free products and services on the internet are a hit with the public, but a new blockchain-based ecosystem believes that most consumers are unaware of the risks of using such companies for distributing their content.

The team behind Phantasma Chain says they were motivated to act after watching the world freely share their data and content on third-party platforms, even though they run the risk of losing full control over this valuable information.

Following the mantra of “there’s no such thing as a free lunch,” the company argues that the public has been misled – with many now mistakenly regarding themselves as customers when the data they provide is in fact being sold as a product.

Phantasma says its ambition is to return power to content creators – enabling them to share their material to “whoever, whenever and however they want.”

However, in a bid to end fragmentation in the crypto world, the open-source platform intends to support DApps from all blockchains – meaning that everyday users will no longer need to tie themselves to one community and instead access the “best and highest-quality apps” from each network. This would also help to eradicate the need for a user to have dozens of logins, and remain secure by paying for goods and services via a single account.

Phantasma stresses that its plans of creating an interconnected array of DApps, where one wallet and one account is all that is needed to gain access, will not be at the cost of quality.

Over time, the platform envisages that there will be at least eight categories that DApps will fall into – including video games, gambling, communication, video, social platforms and eCommerce. By sourcing the best DApps in each of these categories from leading blockchains, it is hoped that the blockchain-driven DApps within each of these specialties will offer benefits when compared to existing products in the marketplace today.

In a blog post, the team behind Phantasma wrote: “We will gradually increase the features and DApps on Phantasma Chain, which will be curated by the team and by the community. So if there is a high demand for a specific game or (D)App, we shall look into the possibilities of bringing it into our ecosystem.”

As well as offering a marketplace for non-fungible tokens from different chains, Phantasma says that another main advantage of its app is automatic conversions between coins and tokens, delivering access to a plethora of services even if a user doesn’t own the native currencies associated with each DApp.

The platform’s ecosystem uses the SOUL cryptocurrency for purchases – however, the startup has stressed that, thanks to these automatic conversions, customers who don’t hold this coin will be able to pay using the likes of Ethereum or Bitcoin if they prefer.

Phantasma says a major problem facing the crypto industry right now is how users have to go through the process of heading to an exchange, fulfilling know your customer checks and converting their funds into a specific token before they can begin using a DApp. It has already announced support for NEO and Ethereum, and the team says DApps running on EOS, TRON and other platforms will also be compatible within one single app: the Phantasma app.

Work to begin designing Phantasma and its initial proof of concept began back in the third quarter of 2017, and by the end of the year, it was named as a top winner in a competition organized by the City of Zion. Over the course of 2018, it unveiled its first dApp to developers and the public at large: PhantasmaMail, a piece of software that is designed to enable users to communicate to each other securely via its ecosystem. A decentralized video game called Nacho Men, running on the NEO blockchain, was also released in October.

Towards the end of the year, a software development kit was launched which enables “any third-party developers to start building their own Phantasma-based products.”

Looking ahead, the first quarter of 2019 will see storage nodes rolled out to the public at large – enabling anyone with an interest in Phantasma to get involved. Native tokens are also going to be issued once its mainnet has been released.

A digital commerce app enabling anybody to launch their own decentralized e-shop is also tipped to launch in the second half of the new year, paving the way for a service where crypto enthusiasts have the chance to discover new DApps that may interest them. It also believes its marketplace for non-fungible tokens has the potential to be one of the biggest exchanges in the world. 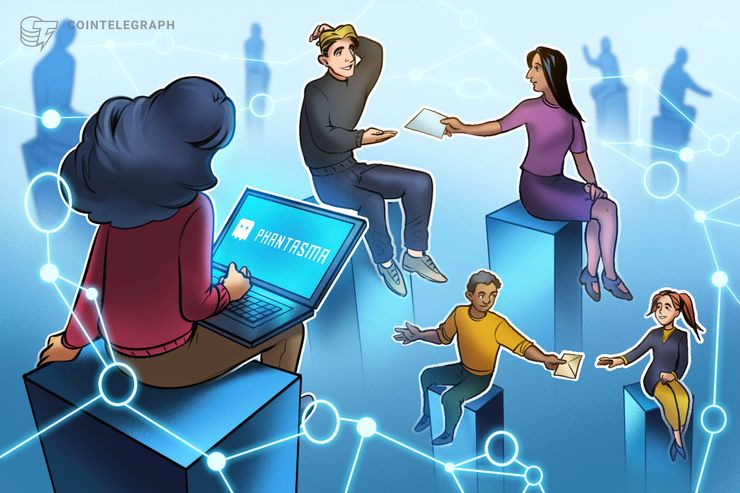 Tired of managing multiple tokens and logins for your favorite DApps? A new blockchain ecosystem is vowing to bring the best tools under one roof #SPONSORED