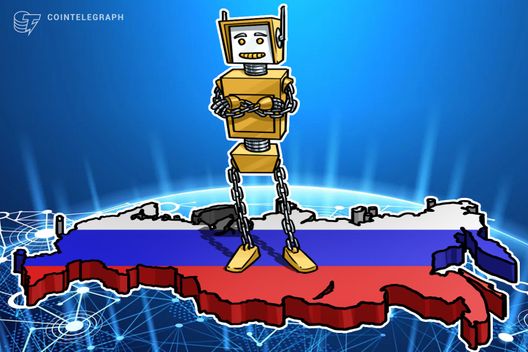 Chinese investors have expressed their interest in creating a crypto investment fund and exchange in Crimea, official claims

Muradov, who serves as the permanent representative of the Republic of Crimea under the president of the Russian Federation, revealed that the project is mainly of interest to Chinese investors, as the country houses many crypto startups.

The authorities of the heavily sanctioned peninsula have plans to create a crypto investment fund and cryptocurrency exchange, as soon as relevant crypto regulation is provided by the Russian government, Muradov continued.

The official believes the initiatives will facilitate implementing several investment programs in Crimea, while cryptocurrencies could help the region to rely less on the dollar and avoid current banking restrictions.

The idea of creating a crypto investment fund in Crimea, which has been controlled by Russian government since 2014, first emerged in April 2018. Back then, the authorities started seeking ways to circumvent sanctions by using decentralized currencies in all relations with partners and investors.

In November 2018, the plans were confirmed again, with Muradov clarifying that the peninsula needed to establish a blockchain cluster.

The same month, the president of the Crimean Republican Association of Blockchain Technologies Investment, Roman Kulachenko, said that a new international education center for working with blockchain technologies as a way of avoiding sanctions might be opened on the Crimean peninsula.

Russia has been struggling to pass a bill on crypto regulation throughout 2018. However, in December, the draft was pushed back to the first reading stage for significant edits — although Russia’s deputy prime minister has denied the need for changes. Chinese investors have expressed their interest in creating a crypto investment fund and exchange in Crimea, official claims