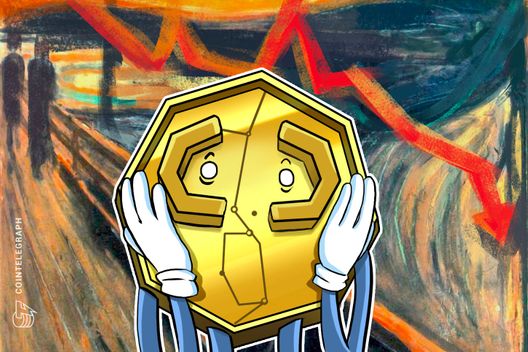 At press time, the pair traded around $3,806 and down just a fraction of a percent, having remained unfazed by separate volatility in traditional stock markets. 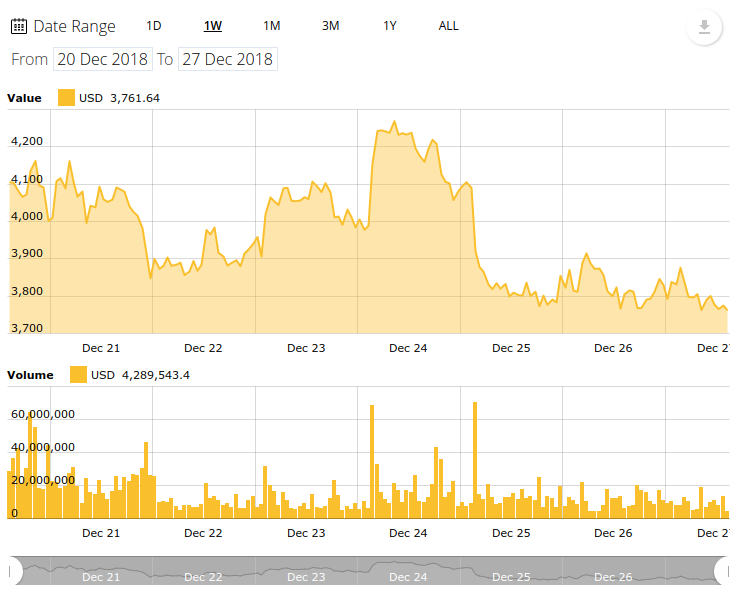 Cryptocurrency commentators have sought to debunk the myth that Bitcoin is a correlated asset as stocks posted their worst Christmas Eve on record, only to stage the biggest one-day gains in history Dec. 26.

“I definitely agree there are some psychological components at play as the stock market pulls down,” Morgan Creek Digital Assets founder Anthony Pompliano told CNBC the same day.

Pompliano also warned that a more significant reversal was due for Bitcoin, one which could take it below $3,000.

In altcoin markets, it was BCH leading the daily losses, dropping 4 percent on the day to press time.

Reaching over $200 from $75 previously, BCH/USD has since pulled back to $165. Controversy over Bitcoin SV (BSV) — formed in a recent hard fork of Bitcoin Cash —  continues to abound on social media. 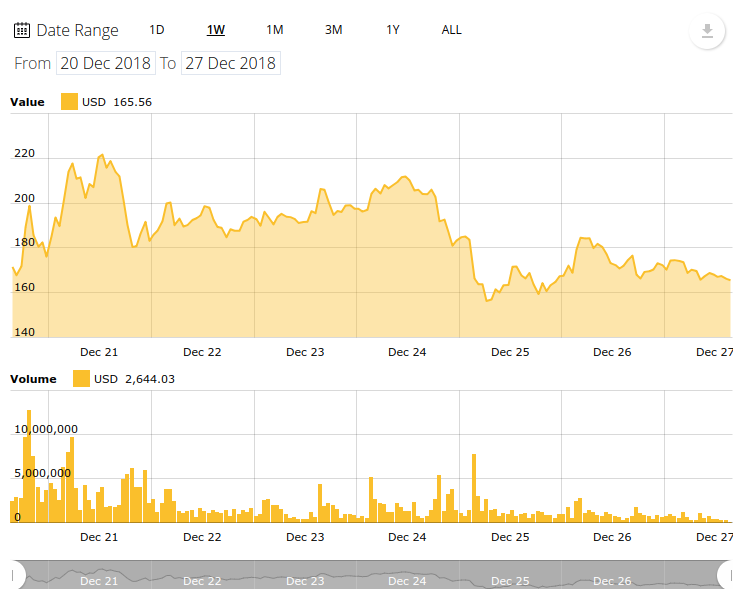 ETH/USD had also made significant gains in recent days, hitting highs of $160 before trending down to $127. The pair’s lows a week prior had reached $83. 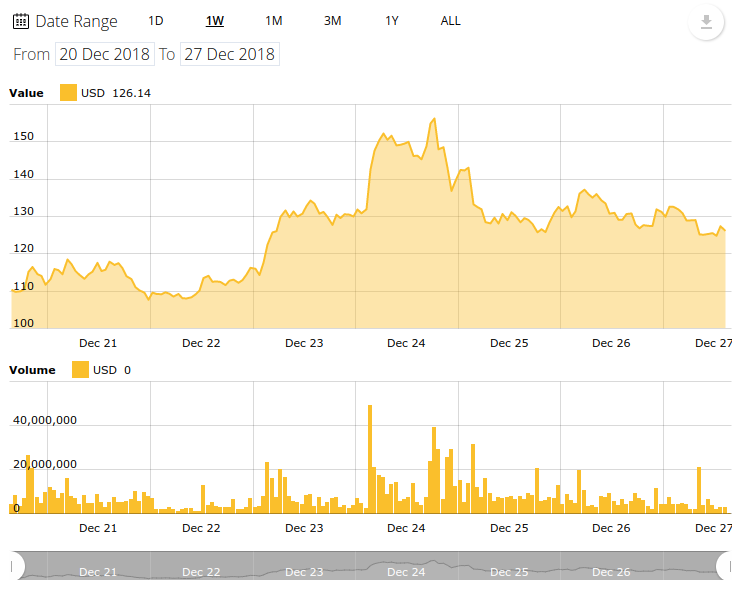 One of the only top 20 coins in the green, Ethereum Classic (ETC) is up almost 6 percent on the day to press time. The coin, ranked 17th by market cap, is currently trading at $5.21.

Total market capitalization of all cryptocurrencies is at about $127 billion at press time, down from $147 billion on Dec. 24.