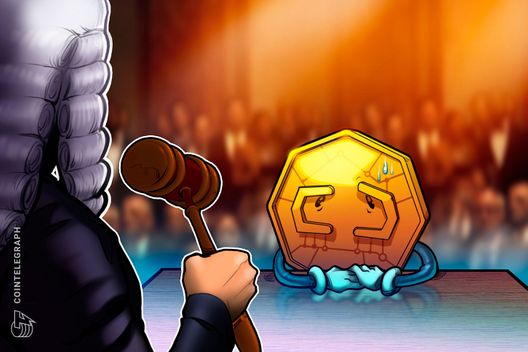 Depending on the outcome of an important bill, the U.S. government could make important changes to its crypto regulations and policies, which may have a big impact on the industry

The United States government could regulate crypto assets and tokens differently than stocks and traditional assets by altering the existing regulatory framework on securities.

On Dec. 22, CNBC reported that two congressmen — Warren Davidson and Darren Solo — have introduced a bipartisan bill entitled “Token Taxonomy Act,” in an effort to prevent over-regulation in the cryptocurrency space.

“In the early days of the internet, Congress passed legislation that provided certainty and resisted the temptation to over-regulate the market. Our intent is to achieve a similar win for America’s economy and for American leadership in this innovative space,” said Davidson.

When passed, what sort of impact could the bipartisan Token Taxonomy Act have on the cryptocurrency and blockchain sector?

In a statement, the Blockchain Association — a Washington, D.C.-based non-profit trade association that represents many of the biggest companies in the cryptocurrency industry such as Coinbase, Circle and Digital Currency Group — said that the bill provides a definition to crypto assets and digital tokens that exclude them from being recognized as a security.

Throughout the past two years, many blockchain projects have left the U.S. market to pursue token sales in regions like Switzerland and Singapore, which have lenient and flexible policies regarding initial coin offerings (ICOs).

By providing a clear guideline on the regulatory nature of tokens and digital assets, the bill encourages blockchain projects to remain within the U.S. market and contribute to the growth of the local cryptocurrency and blockchain sector.

The vast majority of token sales and ICO projects — apart from a select few like Telegram that have reportedly conducted a private token sale with the approval from the U.S. Securities and Exchange Commission (SEC) — have disallowed investors in the U.S. to participate in token sales due to the ambiguity in existing securities laws.

Even projects such as 0x (ZRX) that have been listed by a U.S.-based strictly regulated cryptocurrency exchange Coinbase, which clears the project from being considered a security, did not allow investors in the country to contribute to the ICO.

“With these terms clarified, we can police bad actors while encouraging the good ones, giving US-based innovators the framework they need to build next-generation technologies and services here rather than doing that valuable work overseas,” the Blockchain Association said.

The bill also offers clarity on the taxation policy surrounding cryptocurrencies for the first time in the market’s history, eliminating the friction between blockchain networks and users.

Currently, users in the U.S. are required to declare capital gains taxes on all cryptocurrency transactions — small or big — because the Internal Revenue Service (IRS) of the United States federal government has recognized cryptocurrencies as a form of property.

Although the bill does not aim to alter the recognition of cryptocurrencies as a property, it imposes an exemption for capital gains taxes on transactions that do not exceed $600, deeming them as tax-exempt exchanges.

“Also, this legislation includes provisions that would address issues with the tax treatment of tokens. In 2014, the IRS declared that ‘virtual currencies’ be treated as property, which means capital gains taxes need to be calculated for all transactions. This adds tremendous friction to decentralized networks. The legislation addresses this by providing a de minimis exemption for gains less than $600 and allowing for tax-exempt like-kind exchanges.”

The bill does not encourage the SEC and other enforcement agencies to acknowledge all types of tokens and ICO projects as non-securities. It still allows the SEC to exercise authority over tokens that are considered securities, based on a newly established definition and guideline.

On June 14, the SEC’s Director of the Division of Corporate Finance Bill Hinman said that a key factor in determining whether a token is considered a security under existing regulations is the level of decentralization of the project.

If a blockchain network is sufficiently decentralized and no central party has control over the majority of the project’s elements, including its monetary policy and development, the SEC director said in a speech that the native token of the blockchain network cannot be considered a security under existing regulations. Hinman said:

“If the network on which the token or coin is to function is sufficiently decentralized – where purchasers would no longer reasonably expect a person or group to carry out essential managerial or entrepreneurial efforts – the assets may not represent an investment contract. Moreover, when the efforts of the third party are no longer a key factor for determining the enterprise’s success, material information asymmetries recede.”

On that front, the SEC and the lawmakers behind the bill are in agreement that, as long as a security is sufficiently decentralized, it should be able to continue on without the interference from the authorities.

When passed, the bill is expected to allow both the token issuers and investors to better evaluate whether a token is recognized as a security or not, based on the newly amended securities policies. The bill could also encourage more companies to register with the SEC to distribute securities through the issuance of tokens in a private sale.

In the upcoming months, the Blockchain Association, the companies represented by the non-profit organization and U.S. regulators are set to cooperate in improving the bill and move it forward to gain the approval from the House and the Congress.

For a bill that has only been in the making for several months, the Blockchain Association said that it is not perfect in many ways. But, throughout 2019, industry leaders, experts and lawmakers will work together to solidify policies surrounding the cryptocurrency and blockchain space.

“Like all legislation in the early stages, we expect this bill isn’t perfect yet. However, what excites us is that it was proposed by a bipartisan team, demonstrating a vision for innovation and responsibility that is shared across the aisle. With the new Congress starting in January, we hope digital tokens will be an idea that we can build upon. We want to work together to debate the key issues, ensure adequate consumer protection, and work toward advancing legislation that represents our collective views,” the association stated.

Cryptocurrencies like Bitcoin are fundamentally, structurally and conceptually different than stocks and traditional forms of assets. As such, the Bitcoin market behaves and moves differently than most stocks with extreme volatility and rapid price movements, mostly because the market is open for 24 hours a day for investors in the global digital asset exchange market.

The problem with cryptocurrencies — or with any emerging asset class in its infancy — is that an investor could record a 300 percent gain on paper by the year’s end and lose all of the profits in the following year.

Because losses are not carried across to the next year and crypto taxes are calculated in the same way as stocks and properties, the mismanagement of a cryptocurrency portfolio could lead to a big tax bill for investors.

On Dec. 21, the Wall Street Journal reported that investors could use certain strategies to lower taxes on cryptocurrency investments, such as selling and repurchasing crypto assets.

Without the implementation of such strategies, the aggressive approach of the IRS to collect taxes from crypto investors — as seen in the federal court order that demanded Coinbase to provide information on about 13,000 cryptocurrency trading accounts worth more than $20,000 between 2013 and 2015 — could affect many investors in the future.

Currently, the IRS is evaluating tens of thousands of trading accounts that traded between 2013 and 2015 to potential charge capital gains taxes on cryptocurrency investors. Investors that do not have the know-how on reducing tax rates could get hit hard by the IRS in the future, especially given that the tax policy around crypto remains identical with that of stocks and properties.

If the bill gets passed and a new definition is provided to crypto assets, most areas of the asset class, including taxation, are likely to be altered.

Even major projects are shutting down

On Dec. 13, Basis — a stablecoin project financed by some of the largest venture capital firms in the world, such as Andreessen Horowitz and Bain Capital Ventures — announced that it will shut down its operations and return the $133 million it raised to its investors.

Dissimilar to other widely adopted stablecoins like Circle’s USDC and Gemini’s GUSD, Basis incorporates an algorithm and alters the supply of the token to adjust to the price of other major crypto assets, like Bitcoin and Ethereum.

In an official statement, the Basis team said that, ultimately, the closure of the project came down to the securities law of the U.S.

“As regulatory guidance started to trickle out over time, our lawyers came to a consensus that there would be no way to avoid securities status for bond and share tokens (though Basis would likely be free of this characterization). Due to their status as unregistered securities, bond and share tokens would be subject to transfer restrictions, with Intangible Labs responsible for limiting token ownership to accredited investors in the US for the first year after issuance and for performing eligibility checks on international users.”

Based on the statement of Basis, it is likely that the SEC and the lawyers of the project deemed it was not sufficiently decentralized, as the development is led by a team of developers hired by the company.

Basis was considered a promising algorithm-based stablecoin project. But, inefficient regulatory frameworks and securities policies that consider crypto assets in the same way as stocks and traditional assets limited the scope of the project.

For the long-term growth of the cryptocurrency sector, the bipartisan bill is crucial in defining cryptocurrencies in a new manner to facilitate the development of blockchain technology and encourage innovation in the space. Jake Chervinsky, a government enforcement defense and securities litigation attorney at Kobre & Kim, said:

“The Token Taxonomy Act would provide exactly the type of regulatory clarity the crypto industry needs. Legislation like this is orders of magnitude more important than non-binding guidance from agencies like the SEC.”

While the time frame of the approval of the bipartisan bill is uncertain, industry leaders and experts remain generally optimistic in the first initiative led by the members of Congress to regulate cryptocurrencies efficiently. 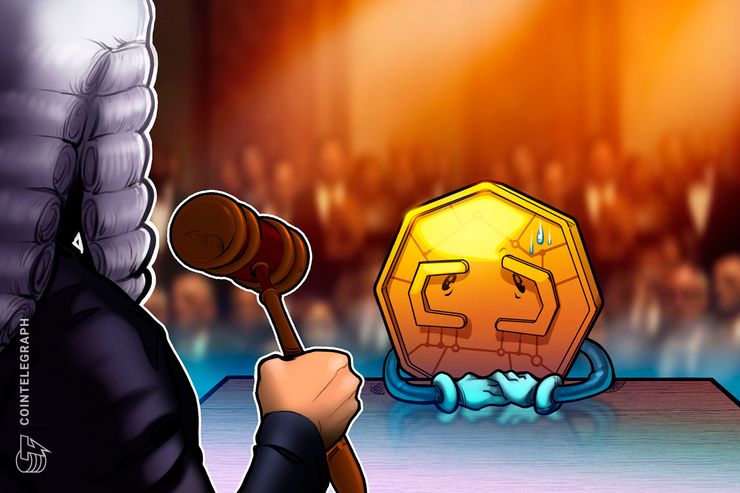 Depending on the outcome of an important bill, the U.S. government could make important changes to its crypto regulations and policies, which may have a big impact on the industry