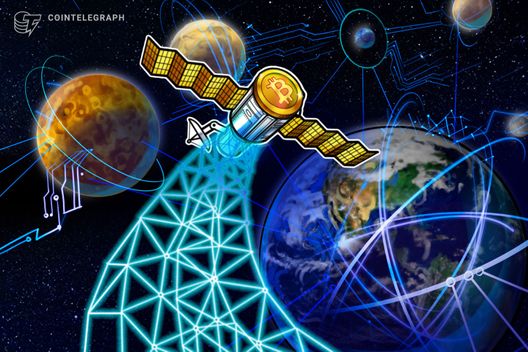 Bitcoin’s wireless broadcast footprint has been expanded substantially thanks to Blockstream’s most recently leased satellite.

The blockchain development firm confirmed it has leased a fifth satellite on Dec. 17, which is being used to broadcast the Bitcoin blockchain to the Asia Pacific region, in addition to existing coverage over Africa, Europe, South and North America.

Along with the announcement, Blockstream reportedly launched a new application programming interface (API) which enables the satellite network to transmit encrypted messages. Users are able to pay for this service using micropayments on the Lightning Network.

The move is an interesting one, as it removes the dependency on a physical internet connection through traditional ADSL connections and fibre optic networks.

Blockstream CSO Samson Mow spoke to Cointelegraph following the announcement this week to unpack the ramifications of their extended satellite coverage and the possibilities it creates for potential blockchain-based projects.

In developed countries, internet connectivity has become somewhat of basic service afforded to many, but the reality is that wired connections are a luxury service for many countries around the world.

Without an internet connection — whether physical or wireless — it is impossible for a computer to synchronize with the Bitcoin blockchain and be part of the mining network. To that end, Mow told Cointelegraph that a satellite connection provides a much-needed solution for remote and developing areas of the world:

“All a user requires to receive Blockstream Satellite broadcasts is a low-cost standard satellite dish. So if they are running a full node and mainly receiving payments, they don’t need an internet connection at all. To broadcast a transaction they could send it over an SMS bridge or a mesh network. Blockstream Satellite allows for users to get creative and build new solutions around the service.”

As Mow explains, their network of satellites is a prospective safeguard against a situation like this. A satellite broadcasting the Bitcoin blockchain could serve as the route node for an area that has lost conventional internet connectivity for whatever reason:

“For anyone relying on Bitcoin for buying or selling goods and services, it would be a major problem if they were completely cut off from the network due to say an undersea internet cable being severed. It would cause a network partition where nodes would go out of sync – so users there could potentially accept a transaction that’s later invalidated. With Blockstream Satellite, as long as someone in a country is receiving, it would keep themselves and others in that region in sync with the rest of the Bitcoin network.”

More power to the people

One of the biggest draw cards of Bitcoin is its decentralized and anonymous nature. The preeminent cryptocurrency allows people to transact anonymously and without the need for a central authority.

With that being said, the Bitcoin blockchain still depends on a fully functioning network in order to broadcast blocks of transactions. For most people, this means extras costs are incurred through internet service providers.

Mow says a satellite connection is a cheaper way for Bitcoin node operators to keep synchronized with the blockchain:

“Not only does Blockstream Satellite extend basic Bitcoin access to regions with no internet connectivity, it specifically promotes the adoption of Bitcoin full nodes by radically lowering the costs of operating one. Receiving blockchain data from Blockstream Satellite has no cost, unlike typical broadband connections which have limited bandwidth. This is great news for the node count and diversity of the network.”

The satellite coverage also opens up the possibilities for applications beyond the realms of conventional Bitcoin transactions.

While Blockstream is keeping future plans for its satellite-based broadcast service close to its chest, details of its application programming interface (API) have been released.

As Mow explained to Cointelegraph, the API will allow users to send encrypted messages through the service, with the Lightning Network being used to process microtransactions. This opens up a number of possibilities for users across the world:

“We have some interesting stuff in the works, with the latest example being the Blockstream Satellite API. With this, we’ve combined our satellite technology with Lightning payments to create the first ever open satellite broadcasting service. With this, people can send totally private messages containing bitcoin market data, multisig transaction data, or even other blockchain data, which should open a lot of new application models.”

Overall, the service adds an extra element of sturdiness to the Bitcoin blockchain and users have a cheaper alternative to connect and transact with the cryptocurrency.

In areas where there are governmental restrictions, regulations, and censorship of certain information or internet connectivity, a wireless service like that of Blockstream’s could further improve the disruptive effect of Bitcoin, cryptocurrencies and blockchain technology. 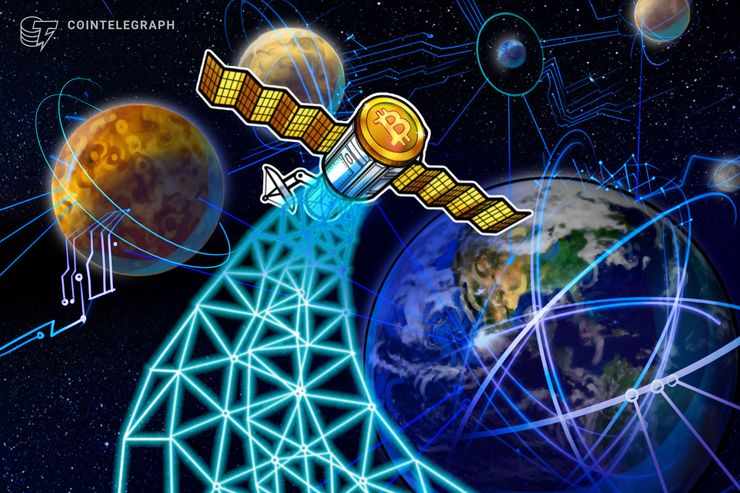