Blythe Masters Steps Down as CEO of Digital Asset

Blythe Masters Steps Down as CEO of Digital Asset Blythe Masters, the CEO of Digital Asset, a tech company that builds products on distributed ledger technology (DLT), has stepped down, according to an announcement published Dec. 18.

Per the announcement, Masters has requested to leave for personal reasons after three years of serving at the company. Masters will purportedly stay active in Digital Asset’s operations as a board member, strategic advisor, and shareholder.

Masters will be replaced by AG Gangadhar, who joined the company’s board of directors last April. Gangadhar has been appointed Board Chairman and will serve as the acting CEO until the firm can fine a permanent replacement for Masters.

Prior to joining Digital Assets, Masters served as a JPMorgan Chase executive. According to the Global Fund for Women, Masters is also chair of the Governing board of the Linux Foundation’s Hyperledger Project, member of the International Advisory Board of Santander Group, and Advisory Board Member of the United States Chamber of Digital Commerce.

Masters has taken a proactive approach in the fintech sector, becoming one of the most well-known women in the cryptocurrency space. As a range of recent research shows, the percentage of women invested and involved in cryptocurrency is still far lower than that of men.

According to Coin.dance, as of May 2018, 94.73 percent of Bitcoin community engagement and active participation comes from men and 5.27 percent from women. In Oct. 2017, a survey conducted by Reddit user loveYouEth, found that 96 percent of Ethereum users are men, and MyEtherWallet reported that 84 percent of their wallet holders were male.

In an interview with Bloomberg in October, Masters predicted that “tens if not hundreds” of blockchain projects will soon increase the efficiency of commodity markets, with commodity supply chains to greatly benefit from the advent of DLT. 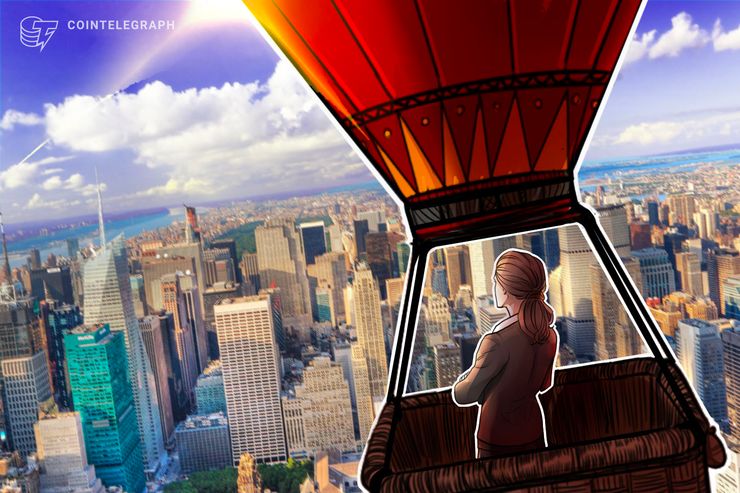