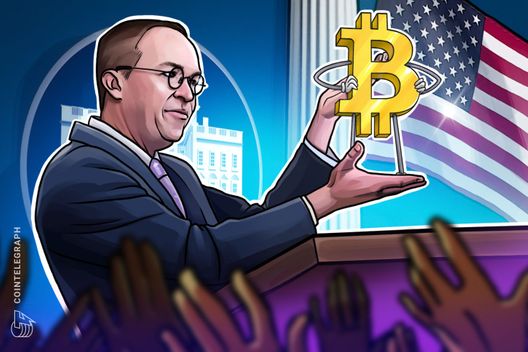 Here’s what we know about Mick Mulvaney, Trump’s new chief of staff who has endorsed both Bitcoin and Blockchain

United States President Donald Trump has appointed vocal Bitcoin supporter Mick Mulvaney as the new White House chief of staff. The 51-year-old politician, who is currently serving Trump’s administration as the director of the Office of Management and Budget (OMB), will become the acting chief of staff closer to the end of the year. The length of his tenure remains unknown at the time.

Here’s what you should know about the new White House representative, and what it might mean for the crypto community.

From ‘horrible human being’ to golf partner: Mulvaney’s relationship with Trump

In 2010, Mulvaney was elected to the U.S. House of Representatives as a South Carolina member of the tea party movement. According to The Washington Post, he “was known for his professed support of fiscal conservatism” and was among the group of House Republicans who called for severe spending cuts in 2013 during Obama’s term. Around the same time, Mulvaney was said to have made “a name for himself on Capitol Hill” as a founder of the House Freedom Caucus and opposed government funding measures, debt limit increases, and bipartisan budget agreements.

In December 2016, the Republican congressman was announced as Donald Trump’s choice to be the director of the Office of Management and Budget (OMB). Mulvaney’s relationship with the president then reportedly began to flourish, even though the congressman once called candidate Trump “a terrible human being.” According to The Washington Post’s sources in the administration, Trump chose Mulvaney because “he liked him” and “they get along.” Moreover, officials added, the president considers the new chief of staff “a talented golf partner.”

Mulvaney has become the third chief of staff in just two years, after Trump struggled to close the position. The president’s first choice, former New Jersey Governor Chris Christie, refused the job offer, allegedly after being warned that “the building was unmanageable” and that “no one can have success there.” Trump’s second choice, Nick Ayers, chief of staff to Vice President Mike Pence, was also considered for the position but declined it earlier in December.

A senior White House representative reportedly told The Washington Post that Trump grew “deeply frustrated at the rejections and the media narrative that no one of high stature wanted to be his chief of staff.” He abruptly decided to tap Mulvaney, who was never formally interviewed for the position and became appointed after meeting with Trump for a scheduled discussion of the budget showdown currently underway in Congress. According to the Washington Post, Mulvaney had told Trump he wanted to become chief of staff at a private dinner previously this year, adding that he would “manage the staff but not the president.”

The chief of staff position might not appear particularly appealing in the current political climate: Trump is featured in both the federal investigation on Russian interference in the 2016 elections and hush-payment allegations raised by adult film actress Stormy Daniels. “In the best of times, this is a thankless, all-consuming, brutal job,” Chris Whipple — author of “The Gatekeepers,” a history of White House chiefs of staff — told The Washington Post. “And under this president in particular, it’s almost mission impossible. […] Nobody wants the job because it’s impossible to perform, given Trump’s personality and his belief that he can fly solo.”

Mulvaney’s relationship with cryptocurrencies dates back to July 2014, when the congressman from South Carolina visited “Bitcoin Demo Day,” an educational event on cryptocurrencies hosted on Capitol Hill. He said at the time:

In September 2016, Mulvaney and Democrat Congressman Jared Polis co-founded the bipartisan Blockchain Caucus, a platform for keeping their colleagues up to speed on digital currency and blockchain technologies and developing policies within that area. Mulvaney said in an accompanying statement:

“Blockchain technology has the potential to revolutionize the financial services industry, the U.S. economy and the delivery of government services, and I am proud to be involved with this initiative.”

Around the same time, Mulvaney was also collaborating with the Coin Center, a Washington-based nonprofit organization that focuses on establishing communication between Congress and crypto community.

In December 2016, while speaking at an event organized by the extreme right-wing group the John Birch Society, Mulvaney reportedly endorsed Bitcoin as a currency that is “not manipulatable by any government,” while heavily criticizing the Federal Reserve for “effectively devalu[ing] the dollar” and “chok[ing] off economic growth.”

While the Twitter crypto community — including former ConsenSys employee Ryan Selkis, crypto investment firm Morgan Creek Digital Assets partner Anthony Pompliano and Binance CEO Changpeng Zhao — has largely found Mulvaney’s appointment to be good news, some remain more skeptical. The top comment on the story in the r/Bitcoin subreddit reads: “He’s not pro-bitcoin. […] He is someone who has a history of fighting against the interests of regular people, and fighting for the interests of banks. Just this year, he was unsuccessfully trying to drop penalty fees against Wells Fargo (fees that were a result of consumer fraud).” Moreover, the r/Cryptocurrency subreddit comments mostly bash Mulvaney for his 2016 comment about Bitcoin being “not manipulatable by any government,” as well as his austerity-oriented politics. 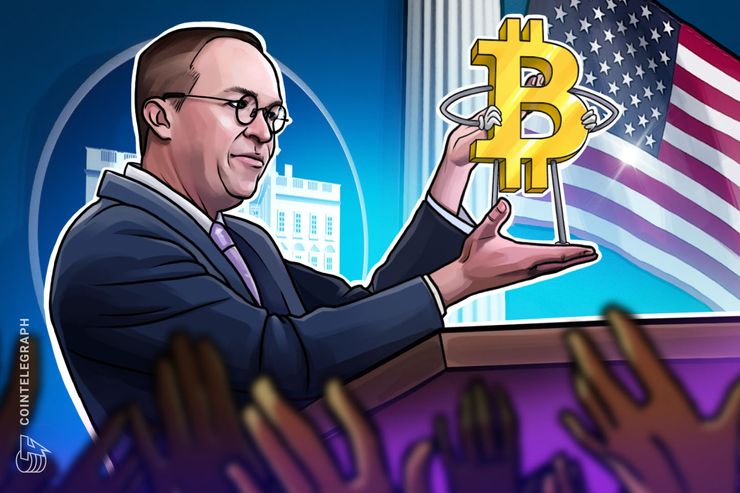 Here’s what we know about Mick Mulvaney, Trump’s new chief of staff who has endorsed both Bitcoin and Blockchain