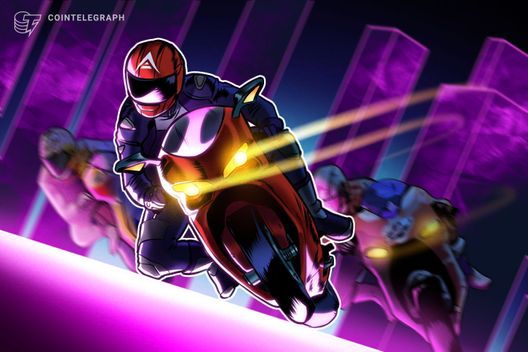 A blockchain network has released an update of it’s core system, allowing users to set their own fees #SPONSORED

Blockchain network ARK has released Core V2, the second version of its core system. “ARK was forked seamlessly in the background and the code is now fresh,” the startup says. The company emphasizes that ARK has become “the first and the only” delegated proof-of-stake-based (DPoS) service with dynamic fees. The users decide how much they want to pay for transactions using the ARK wallet.

Mainnet as a milestone

The company calls the migration to Core V2 — which has already been successfully completed on its mainnet — the beginning of a new era for ARK. The team now hopes that their updated ecosystem will empower developers to build new modular features and customizations.

Recently, ARK also partnered with Bugcrowd, a crowdsourced security testing platform, which will protect the renewed ARK ecosystem. That means that ARK will gain access to a global community of over 100,000 expert researchers. Using different techniques, they monitor and identify critical issues quickly and effectively. Bugcrowd is also famous for its customers, such as Netflix, Tesla, Pinterest, Motorola, Western Union, etc. ARK will use all of Bugcrowd’s services, including its private and public programs.

Changes for the users

ARK users can get Core V2 by downloading the new Wallet V2. This completely rewritten service allows for the utilization of the new dynamic fees system. Now, the users can set how much they want to pay for each transaction they send. This system will be set up as a “fee marketplace,” where the delegates can set their fees and the users can choose the offer they like the most.

The ARK team also added a new option for encrypting users’ passphrases with a custom password. Wallet V2 allows users to save the encrypted passphrase on their computer. It is decrypted by the chosen password that the owner of digital wallet uses for signing transactions. All the transactions’ details are now easy to see inside the service. Besides that, the ARK team also has some other new features, such as a market chart and the ability for users to create different profiles. The startup promised to add more upgrades in 2019, together with the new version of the ARK core system V2.1, which the team is working on now.

Plans for the future

The new version of the ARK core system will be V2.1, which will include even more new features and improvements. For example, the transaction protocol (AIP 11) and multisignature protocol (AIP 18) will be upgraded. The first one will enable new transaction types such as multipayments, IPFS and timelock. The team will also try to solve some of the limitations of the current multisignature implementation. The ARK team will continue pushing frequent updates across the entire ARK ecosystem, as announced in their roadmap.

In the next few weeks, the startup is also going to release an open-source library called ARK Pay. It is supposed to help merchants accept ARK as a payment. For example, a QR code will be easily scanned via mobile phone, and the user will only have to sign the transaction. A blockchain network has released an update of it’s core system, allowing users to set their own fees #SPONSORED