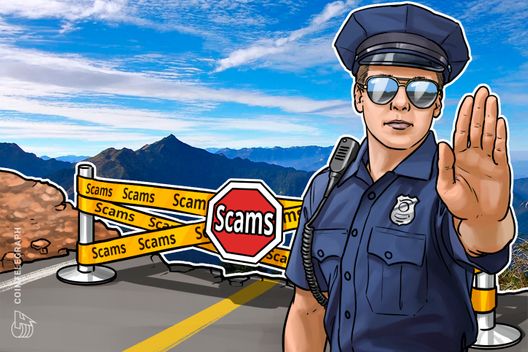 Both firms suspended by CONSOB, Bitsurge Token and Green Energy Certificates, are allegedly scam projects from the non-European Union-based company Avalon Life, and both have been banned from offering investments for 90 days starting from Dec. 12, according to two official resolutions.

Allegedly fraudulent scheme Bitsurge was promoted on the website bitsurge.io and on the Facebook page dubbed „Bitsurge Token.“ As described in the resolution, the company was offering investors “token contracts” with monthly returns from six to 13 percent, for capital amounts ranging from $1,000 to $25,000. The CONSOB document notes that customers reportedly did not possess any autonomy in the management of their tokens.

The second scheme, dubbed Green Earth Certificates, was reportedly promoted through the Facebook page „Progetto Crypto Green Earth” and offered “Green Earth Certificates” in order to protect rainforests from deforestation by purchasing forest areas via blockchain. The alleged scam intended to provide a six percent reward on the sum of crypto investments in forest areas such as Costa Rica, which have large areas of rainforests.

In mid-November, the CONSOB also sent cease-and-desists to three crypto-related firms for the alleged offering of unapproved investment services.

In regard to the issue of crypto-related advertising on Facebook, the social media giant had previously banned crypto and ICO ads in January 2018, claiming that it wanted to prohibit “misleading or deceptive promotional practices” associated with crypto.