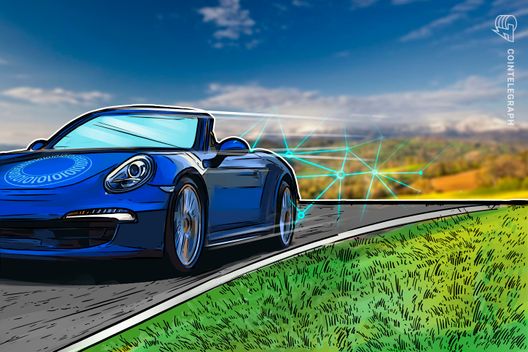 Finextra reports that the Porsche Holdings deal uses the “same mix of private and public blockchain technology” BBVA used in its prior blockchain loan transactions.

As reported, the REE loan had been conducted on a private Hyperledger-based network with participation from three funding banks (BBVA, BNP Paribas and MUFG), REE and two legal advisory firms; the unique document identifier for the signed contract was recorded on the Ethereum (ETH) public blockchain.

In reference to the Porsche Holdings loan, Frank Hoefnagels, head of BBVA CIB in Germany, emphasized that for acquisition finance transactions, for which speed is of the essence, blockchain is of particular relevance:

“This transaction is all about putting blockchain technology into meaningful practice in the interactions with our clients. Our aim is to improve clients’ experience by simplifying processes and enhancing the speed of execution”.

In April, BBVA claimed to have become the “first” global bank to conduct an entire loan process using blockchain, again in a part-private part-public configuration. Recognition of blockchain’s efficacy for lending continues to widen: this October, United Kingdom-based bank Natwest announced it would be integrating a new blockchain platform based on R3 Corda technology for use in the syndicated loans market.

For its part, Porsche’s manufacturing arm began testing blockchain apps for its vehicles this February, claiming to be “the first automobile manufacturer to implement and successfully test blockchain in a car.”