During the interview, Bloomberg asked Novogratz how coming from Wall Street made him different from most of the cryptocurrency community, which seem to treat cryptocurrency “almost like a religion.” Novogratz answered that, while he believes in the underlying technology, “when prices get stupid,” he sells.

Novogratz also characterized Bitcoin’s (BTC) enormous growth in late 2017 –– which peaked at $20,000 per coin –– “a drug.” He called the period a “speculative mania,” adding that the “audience is more sober now — the drug is gone.”

According to the hedge fund manager, the current market is characterized by “pessimism” and “fear,” with people expecting the leading cryptocurrency will go “to zero.” Novogratz, however, remains confident, concluding:

“But it’s not going to zero. We’re at the methadone clinic.”

During the interview, the former Goldman Sachs partner and hedge fund manager admitted that he thought Bitcoin “was going to hold at $6,200 […] but then Bitcoin Cash decided to fork again.” The idea that the contentious Bitcoin Cash hard fork has been a major factor that instigated the current sell-off is widespread among analysts.

Further explaining market fear and uncertainty that could have led to the most recent sell-off, Novogratz told Bloomberg:

“At the same time [as the BCH hard fork] the SEC came out and sanctioned a few ICOs and said, ‘Oh, by the way, your investors can sue for damages.’ That scared the heck out of a lot of people.”

When asked if Initial Coin Offerings (ICO) will “ever come back,” Novogratz stated that “the ICO market is pretty much dead right now.” He added however that “the SEC doesn’t want to kill this innovation” and that he expects a market for regulated security tokens in the United States.

He explained that security tokens “aren’t things that go from $1 to $1,000” but instead they are “things that yield 14 percent” that will be sold to qualified buyers. He concluded, “that sounds a heck of a lot less sexy, but you’re going to see that business grow.”

The Galaxy Digital founder also reiterated the popular idea that “Bitcoin is going to be digital gold, explaining:

“That means [Bitcoin is] the only one of the coins out there that gets to be a legal pyramid scheme. Just like gold is. All the gold ever mined in the history of the world fits in an Olympic-size swimming pool. You’re out of your mind to think that pool’s worth $8 trillion. But it is because we say it is.”

As Cointelegraph reported last month, Galaxy Digital lost $136 million in the first three quarters of this year, but Novogratz remains confident that crypto will “flip next year.”

Last week, U.S. Securities and Exchange Commission (SEC) Chairman Jay Clayton said that ICOs “can be effective” but that “securities law must be followed.” 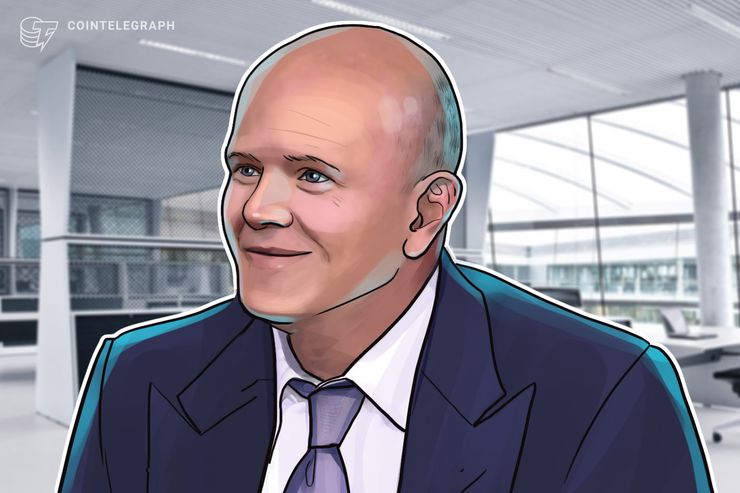