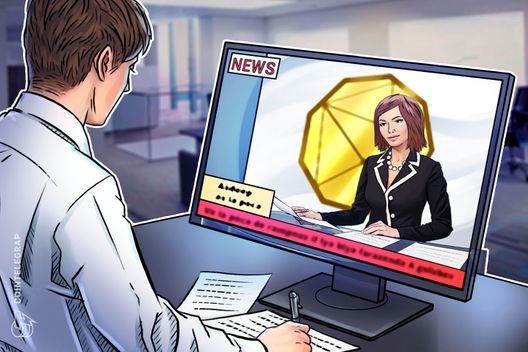 Kraken could be looking to raise billions of dollars via a private placement, an email reveals

Kraken, which is currently the subject of a lawsuit over its support of the competing forks of altcoin Bitcoin Cash (BCH), has reportedly valued its shares at $4 billion.

According to Finance Magnates, executives are now offering select major clients to whom the email was sent a chance to acquire further equity, subject to a minimum investment of $100,000.

“The transaction process will be done by a 3rd party service, who will run accredited investor checks, facilitate the execution of transaction documents, and the funding of your investment,” the email reportedly states.

Those involved have until Dec. 16 to signal their interest, and will undergo vetting for eligibility prior to participating, Finance Magnates added.

Kraken had not responded to a request for comment by Cointelegraph at press time.

Last month, fellow exchange Coinbase informally ruled out holding an Initial Public Offering (IPO) after it was valued at $8 billion.

Kraken has sought to upend ongoing regulatory demands in the U.S. in recent months, being one of just four exchanges to reject a request for information from New York authorities in September as part of their crypto exchange inquiry.

The current Bitcoin Cash lawsuit focuses on alleged collusion to manipulate control of the altcoin and “centralize its network” following the contentious hard fork on Nov. 15.

The fallout from the event continues, with rival factions laying blame on each other for various problems. Bitcoin.com CEO Roger Ver and Bitmain co-founder Jihan Wu are also named in the lawsuit. Kraken could be looking to raise billions of dollars via a private placement, an email reveals