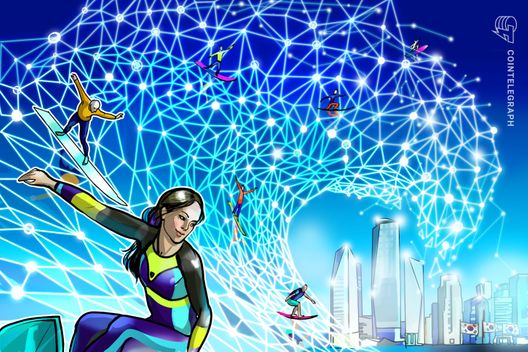 Cryptocurrency exchanges registered in South Korea have overtaken their Maltese-registered counterparts by average daily trade volume in November. This is according to a report by cryptocurrency market data provider CryptoCompare, published Thursday, Dec. 6.

The November edition of CCCAGG, a monthly crypto exchange review published by CryptoCompare, shows that South Korean exchanges, including Bithumb, Coinone, Korbit and Upbit among others, registered a combined $1.4 billion of average daily trade volume. In the meantime, their competitors in Malta had only achieved $1.2 billion.

This is a significant change when compared to the October’s CCCAGG. According to CryptoCompare, back then the combined average daily trade volume of Maltese exchanges was at $1.4 billion, whereas South Korea was lagging behind with only $840 million, followed by Hong Kong’s $560 million.

The reason behind the switch might be that in November, Bithumb — a major South Korean exchange — allegedly overtook Binance as the top exchange in terms of daily trade volume. According to CryptoCompare, Bithumb averaged at $1.24 billion last month, while Binance has only reached $641 million.

It is important to note that while Bithumb’s daily trade volume has increased significantly in November, the number of its daily visitors has visibly decreased, as per CCCAGG. CryptoCompare’s own analysts have suggested that this could point to the adoption by the exchange of some incentive programs, such as “competitions, trans-fee mining, [and] rebate programs.”

As Cointelegraph reported later, the adoption of this stance by the FSC could provide an impetus to the development of the crypto industry in South Korea.

November in South Korea was also marked by the shutting down of a local crypto exchange Zeniex. A joint project by South Korea and China operating since May 2018, the exchange was mentioned in the FSC’s warning about investing in unauthorized crypto exchanges and Initial Coin Offerings (ICOs).

Also in November, Bithumb reportedly signed a deal with an American fintech crowdfunding platform SeriesOne in an effort to launch a securities token exchange in the United States.