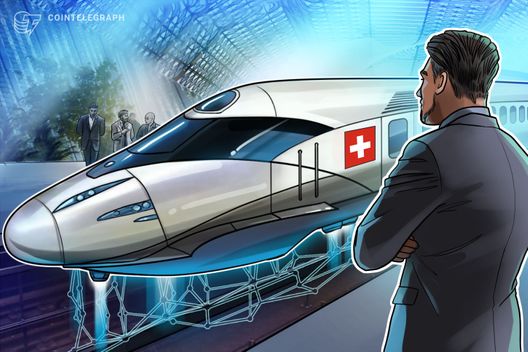 The new infrastructure is reportedly the first private, or permissioned, blockchain to be operated jointly by two entities; its key premise is to provide a service that retains all data within Switzerland, and that can meet the security requirements of banks.

The companies, both of whom already implement in-house blockchains for different purposes, have revealed their new common infrastructure will be based Hyperledger Fabric 2.0 software.

The first pilot applications –– geared towards enterprises and public authorities seeking a “secure and verifiable” system to handle sensitive digital business processes –– will reportedly come to market in the second quarter of 2019. Third-party as well as proprietary applications will be supported, in a bid to drive the Swiss economy to “quickly obtain a leading position” in developing use-cases for the “promising” technology.

The press release outlines that the connection of the two firms’ private blockchain infrastructures will enable “the two instances to check each other and thus help to establish trust”:

“In contrast to “public blockchains” (e.g. bitcoin and ethereum), this private blockchain infrastructure requires much less energy, since it can only be used by identified users who have a contractual relationship with the providers of an application. This enables more efficient agreement procedures as well as significantly higher security and performance.”

Swiss Post’s prior engagement with blockchain includes use of the technology to record temperature measurement data during the transport of pharmaceutical products, as well as a joint pilot project, “Blockchain for Utility,” with Energie Wasser, which allows owners of solar-powered houses to automatically bill their tenants for electricity costs using blockchain.

For its part, Swisscom is reportedly working with its subsidiary, daura AG, on “a digital share based on blockchain technology.”

As reported earlier this week, the Swiss Minister of Finance, Ueli Maurer, recently indicated that in lieu of establishing a blockchain- or crypto-specific legal framework, the country instead plans to tweak existing laws to accomodate the new technology and its financial applications. Maurer suggested the government would be proposing changes to six laws, including the civil code and bankruptcy law, next year.