International Crypto Standards: Will They Come From the Community or Governments?

International Crypto Standards: Will They Come From the Community or Governments? 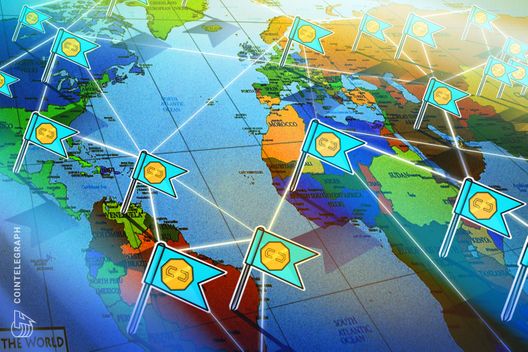 International standards for crypto are on their way, but they may not stop government regulation

There are over 2,000 different coins in existence right now, each with their own unique characteristics, uses and communities, while there are masses of different blockchains, platforms and exchanges — all of which answer to competing needs and values. On the one hand, this profusion is one of the key driving forces behind innovation in the crypto sphere. But on the other, it arguably acts as a block against widespread adoption, as the lack of unified standards means that some morally questionable endeavors give the rest a bad name.

The past year has seen an intensifying push toward producing international standards for the cryptocurrency industry. Groups such as Global Digital Finance have risen with the aim of fostering universal standards on how crypto platforms are run, just as groups like the Blockchain Association and CryptoUK are now focused mostly on standards at a national level. Such organizations count the likes of Coinbase, Bitstamp, Circle and others as members, despite often being less than a year old.

However, while holding the promise that crypto will avoid stringent government regulation by learning how to regulate itself, there’s also a concern that global standards might hamper innovation, and that crypto — almost by nature — is not meant to be standardized.

As Teana Baker-Taylor, the executive director of Global Digital Finance (GDF), told Cointelegraph, the London-based association aims “to demonstrate that self-governance and driving best practice is critical for the industry’s consumers and their confidence in crypto assets, as the sector continues to mature, and in concert with developments in regulation.“

In other words, GDF is seeking to develop voluntary guidelines and codes of conduct for exchanges, token sales, wallet providers, cryptocurrencies and ratings websites, and while it was launched only in March, it already has a strong roster of members.

At the end of October, payments company Circle (and owner of Poloniex) joined it as a founder member, adding itself to a list that includes Coinbase, R3, ConsenSys and Diginex. Meanwhile, Baker-Taylor affirms that the association has also begun having dialog with lawmakers and public institutions.

“With over 250 individuals and firms, global regulators and policy makers have paid attention to the GDF Code and the commitment of the community, and this is an important start. Understandably, the signal from many regulators has been mixed, but most we are engaging with are supportive of maintaining an open dialogue to ensure they do not stifle this important innovation.”

Yet, GDF isn’t only working on codes of conduct for token sales and crypto-exchanges. They’re also busy devising a taxonomy of cryptocurrencies, which seeks to divide coins into three broad types: payment tokens, financial asset tokens and consumer tokens.

Given that there is plenty of confusion and conflict among the world’s governments on how to define crypto, this attempt to produce a clear taxonomy of cryptocurrencies is much needed. However, seeing as how such organizations remain largely averse to classifying cryptocurrencies as money and/or assets, there will remain the worry that GDF’s taxonomy (and codes) may simply be disregarded by governments and regulators.

Despite possible opposition or resistance from governments, the groups like the GDF could have emerged precisely because of increasing government interest in crypto regulation. Anyway, their emergence at such a time presents the crypto world with a golden opportunity to get involved in the shaping of government policy.

In October, the Financial Action Task Force (FATF) — an intergovernmental group established by the G7 to combat money laundering — adopted a variety of changes to its standards concerning the regulation of virtual assets. And encouragingly for the crypto industry, these new recommendations were focused specifically on preventing money laundering and the financing of terrorism, leaving plenty of freedom for exchanges, token issuers and crypto-services to operate in accordance with the needs of their users and own logic. It said in its recommendations from October:

Put simply, the FATF sees no reason to do anything about the volatility or decentralization of cryptocurrency, which implies that it wants to leave the much of decentralized nature of crypto intact. That said, other governmental groups want to do more than simply prevent crypto from being used for crime or terrorism.

For example, Felix Hufeld — the chairman of the German Federal Financial Supervisory Authority (BaFin) — affirmed his view in October that the global community needs to produce international standards governing the handling of ICOs:

„The number (of ICOs) and the volume (of money) per ICO are both getting higher. Investors have mostly minimal rights.“

Still, while this could foreshadow a push for intergovernmental standards that dictate what ICOs can and can’t do, such moves remain at a very preliminary stage. And because governments have been slow to act here, this provides an empty space which groups like GDF – or the newly formed Blockchain for Europe association (which includes Ripple and the NEM Foundation as members) – could advantageously fill to the benefit of the wider crypto industry.

And while the world’s governments and governmental bodies slowly wake up to the idea of regulating cryptocurrencies at a global level, the crypto industry is increasingly producing new trade institutions that are beating them to punch when it comes to developing standards.

In March, CryptoUK was established, with the aim of producing self-regulatory standards for the United Kingdom’s cryptocurrency industry. But its chairman, Iqbal V. Gandham, tells Cointelegraph, there’s also an appetite at CryptoUK for international coordination.

„CryptoUK’s focus since our launch earlier this year has been on the U.K. — securing proportionate regulation here is our priority, but we support collaboration on regulatory approaches internationally, in particular learning the lessons — both good and bad — from other jurisdictions.”

Given that most other self-regulatory trade bodies — such as the Blockchain Association, the Japan Virtual Currency Exchange Association and the Blockchain Foundation of India — are working primarily at the national level, global collaboration on regulatory approaches will be vital if the crypto industry is to enjoy uniform international standards.

And to an increasing extent, there does appear to be a growing willingness among crypto-related companies to work with each other on developing (international) standards. In August, the Gemini, Bitstamp, Bittrex and bitFlyer exchanges announced the formation of the Virtual Commodity Association Working Group. And like Global Digital Finance, its aim is to devise global industry standards on how crypto-exchanges are run and cryptocurrencies are traded.

There is, then, every reason to believe that the crypto industry will, sooner or later, develop international standards and adopt them at large scale. But the question remains: Will such standards simply give the public greater confidence in crypto, or will they also have the unfortunate side effect of constraining innovation?

“In many industries, regulation and standards are seen as stifling innovation. However, in the crypto-assets market, regulatory and legal ambiguity poses challenges for growth.  Clarity around the ‚rules of the road‘ will better enable innovators to access new ways of accessing global capital and support emerging nascent business models with greater confidence.”

Similarly, there’s a risk that standards could put compliant companies at a disadvantage compared to those corporations or cryptocurrencies that simply (and perhaps illegally) flout them. Given that the decentralized nature of cryptocurrency provides people and groups with greater scope to disregard centralized authority, this is a real danger.

However, once international standards are in place and recognized, it becomes much likelier that the companies that do observe them will have a much better chance of working with and influencing regulators — something which will ultimately put them at a competitive advantage. And as Teana Baker-Taylor concludes, there’s a very strong appetite among crypto-related firms to foster and follow strong universal standards.

“GDF’s community is made up of hundreds of individuals and businesses from around the world who share a vision of growing a mature, stable, transparent and fair crypto-asset industry. The desire and commitment of the community to instil and drive sound business practices is enormously compelling and in our experience, is far more prevalent than those who do not ascribe to this mindset.” 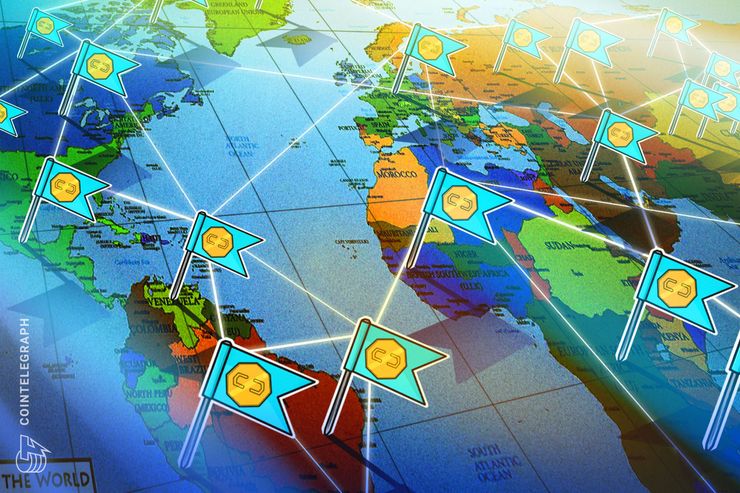 International standards for crypto are on their way, but they may not stop government regulation