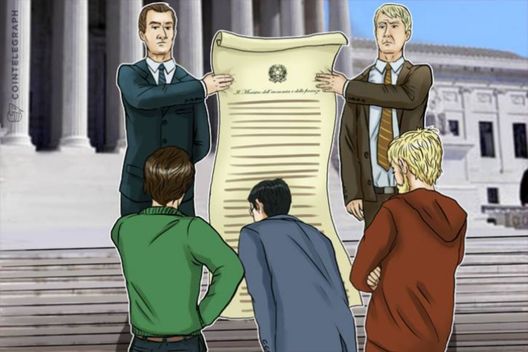 A U.S. Department of Treasury Under Secretary urged crypto industry players and international partners to fight the illicit use of cryptocurrencies by bad actors

The U.S. Department of the Treasury Under Secretary for Terrorism and Financial Intelligence Sigal Mandelker urged crypto industry players and regulators to prevent the illicit use of cryptocurrencies in a speech Dec. 3.

Speaking at the Financial Crimes Enforcement Conference on Dec. 3, Mandelker addressed the issue of mitigating risks related to emerging technologies, including digital currencies, which could potentially be used for nefarious purposes.

Mandelker stressed that financial institutions and cryptocurrency services providers must combat illicit activity and the risks of assisting bad actors. “The digital currency industry must harden its networks and undertake the steps necessary to prevent illicit actors from exploiting its services,” she said.

Mandelker also called on international regulators to strengthen anti-money laundering (AML) and Combating the Financing of Terrorism (CFT) frameworks in regards to digital currencies. Additionally, the Mandelker stressed the importance of supervision and enforcement of AML and sanctions obligations. Mandelker added:

“The lack of AML/CFT regulation of virtual currency exchangers, hosted wallets, and other providers — and, indeed, of the broader digital asset ecosystem — across jurisdictions exacerbates the associated money laundering and other illicit financing risks.”

The call to action followed a new approach that the agency took last week to target illicit actors, who deployed cryptocurrencies and other new technologies in order to launder and transfer ill-gotten funds. The cyber criminals allegedly used malware called “SamSam,” that affected over 200 victims, including state organizations and public institutions.

Today, the Department of Financial Services of New York (NYDFS) authorized a blockchain-based digital platform offered by a local Signature Bank. The system purportedly allows funds “to be transferred in real-time between two commercial clients of Signature Bank, eliminating any dependence on a third party.” A U.S. Department of Treasury Under Secretary urged crypto industry players and international partners to fight the illicit use of cryptocurrencies by bad actors