The U.S. Air Force graduate school has published a blockchain app and a set of tutorials to educate the defense community

The move comes in the form of a live application, together with a set of tutorial videos to educate defense professionals, released by the U.S. Air Force Institute of Technology (AFIT).

The report proposes that “blockchain will revolutionize […] the digital infrastructure for future supply chains,” which it suggests, in particular, can translate into “better visibility” for the military’s “extremely complex logistics network.”

AFIT states that blockchain’s “potential opportunities” can be “huge” – including, but not limited to, giving supply chain participants greater confidence in the digital records of their products, and efficiently preventing the “unscrupulous” re-use of substandard materials by immutably tracking their origin, production, and due disposal.

To design its educational application, the Institute reportedly worked alongside SecureMarking, a private supply chain security firm, as well as the University of South Dakota Beacom School of Business, to create a multi-tiered supply chain scenario.

In the scenario, an Air Force program manager issues digital tokens to upstream suppliers, which are transferred between each participant company along the blockchain, in parallel to the physical movement of products along the supply chain.

AFIT suggests the educational application is intended to encapsulate the key decisions any entity will face when designing a blockchain system, such as whether it should be permissionless or private, how to design specific access tiers, and whether there is a need for an “incentive structure.”

AFIT is not the first U.S. military entity to recognize the need for an educational blockchain initiative; last month, the U.S. Defense Advanced Research Projects Agency (DARPA) announced it would be hosting a two-day blockchain workshop in February, specifically devoted to distributed consensus protocols. 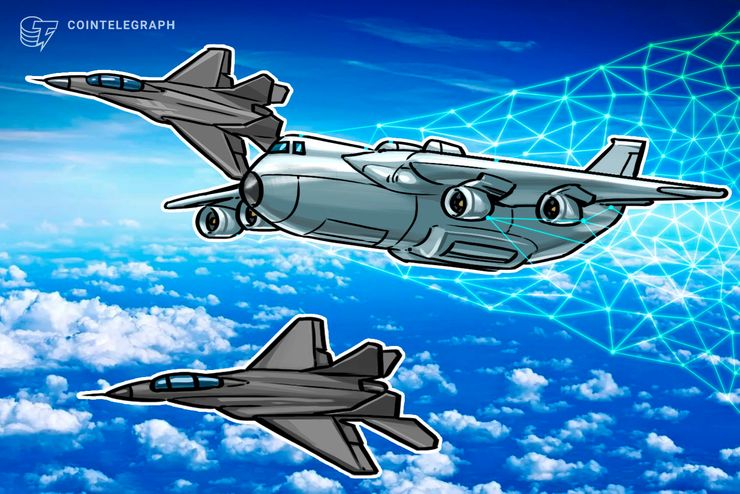 The U.S. Air Force graduate school has published a blockchain app and a set of tutorials to educate the defense community