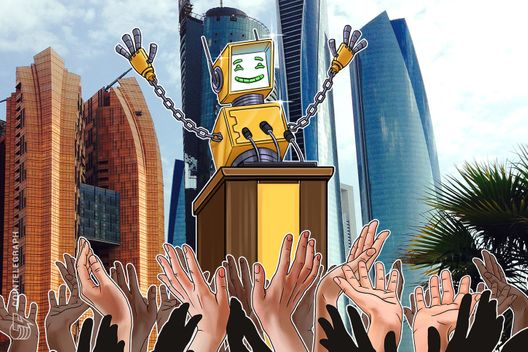 Abu Dhabi Global Market, an international financial free zone within the capital of the United Arab Emirates, has concluded the first phase of its blockchain-based KYC project

An international financial free zone within the capital of the United Arab Emirates (UAE) has concluded the first phase of its blockchain-based Know Your Customer (KYC) utility project, according to an ADGM press release Dec. 4.

The Abu Dhabi Global Market’s (ADGM) regulatory body, the Financial Services Regulatory Authority (FSRA) along with “Big Four” audit firm KPMG have published a review of the project’s “successful” first phase in order to provide key takeaways for members of the financial industry.

The review outlines the project’s development over a period of four months, together with a consortium of major UAE-based financial institutions – including Abu Dhabi Commercial Bank, Abu Dhabi Islamic Bank, First Abu Dhabi Bank and others.

A blockchain-based system was found to “radically simplify” the KYC process by providing an “immutable audit trail, seamless and secure data sharing,” which could moreover allow for individual clients to decide how their personal data is shared in the utility, in keeping with data protection (GDPR) and customer consent requirements.

As the review outlines, the use of cryptography and digital signatures, among other features, can contribute toward a secure, unified, and convenient system for upholding robust KYC standards across the industry.

The review also proposed the possibility of developing a commercial model of the project that could offer a fee-based rewards system to incentivize data contributors for uploading and updating their data, and charging data consumers for access.

Following the successful first phase of the blockchain-based KYC project, the FSRA says it is now planning to launch its next phase, which will aim to facilitate small and medium enterprises’ access to banking services Abu Dhabi Global Market, an international financial free zone within the capital of the United Arab Emirates, has concluded the first phase of its blockchain-based KYC project