Celebs and ICOs: The Makings of a Dangerous Duo

Celebs and ICOs: The Makings of a Dangerous Duo 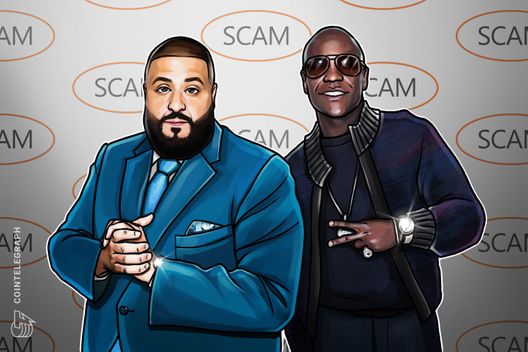 Celebrity-endorsed fraudulent ICOs could end badly for both parties, sending a clear message to the world

Like many different industries, Hollywood’s involvement with cryptocurrencies and Initial Coin Offerings (ICO) has become a reality and a number of celebrities have looked to capitalize on the surge in interest and potential money to be made.

As Cointelegraph has previously explored, some celebrities have gone on to achieve success in their crypto-related ventures, while others have been embroiled in the ensuing mess of failed and fraudulent projects.

Caught up in Centra Tech

In 2018, the three co-founders of the project were indicted and charged with securities and wire fraud by the United States Securities and Exchange Commission (SEC). Centra Tech had raised $32 million during its ICO.

Centra Card was advertised as a debit card reportedly backed by Visa and Mastercard, which allowed users to convert crypto into fiat currencies. Investigations revealed no actual partnership existed.

Before any of this came to light, the founders of the project managed to get the backing of none other than boxing superstar Floyd ‘Money’ Mayweather. The boxer had posted a photo on Twitter with a Centra debit card in hand in September last year.

Mayweather wasn’t the only high-profile celebrity to be tainted by association to the fraudulent project.

American music producer DJ Khaled had also endorsed the project on social media, touting the Centra debit card on Instagram. Nevertheless, the post has since been deleted from his social media profiles.

Last week, both celebrities had to face the music for their involvement with Centra Tech. The SEC formally charged both Mayweather and Khaled for unlawfully advertising the fraudulent ICO.

Mayweather copped a heavy judgement from the regulator for not disclosing promotional payments from three ICO issuers, including $100,000 from Centra Tech. Khaled also failed to disclose a $50,000 payment from Centra Tech.

Both celebrities refrained from admitting or denying the charges against them and agreed to pay penalties and restrictions to the SEC. Mayweather will pay $300,000 in disgorgement, a $300,000 penalty, as well as $14,775 in prejudgement interest.

The ramifications of their involvement goes further than financial penalties. Mayweather has agreed to collaborate with the ongoing investigation into Centra Tech and has been barred from promoting securities for three years. Khaled cannot promote any securities for two years.

During the past 10 years since Bitcoin’s inception in Satoshi Nakamoto’s white paper, we’ve seen more than a few spin-offs and hard forks riding on the name of the preeminent cryptocurrency.

In January 2018, a project named Bitcoiin2Gen was launched and was widely labelled as a pyramid scheme and MLM company. Its dodgy project prompted a warning  to consumers from the Tennessee Department of Commerce & Insurance (TDCI) Securities Division.

What made things even more perplexing was that American actor Steven Seagal was revealed as the brand ambassador for the project’s ICO. The project claimed to be a peer-to-peer (p2p) payment system in the mould of Bitcoin, running on the Ethereum blockchain.

Seagal’s involvement with the ICO didn’t go unnoticed by the SEC, which issued a statement directed at celebrities that warned of possible legal ramifications should they not be abiding by securities regulations:

„Celebrities and others are using social media networks to encourage the public to purchase stocks and other investments. These endorsements may be unlawful if they do not disclose the nature, source, and amount of any compensation paid, directly or indirectly, by the company in exchange for the endorsement.“

Just two months after its launch, the founders — along with Seagal — announced their departure from the project after the completion of its ICO in March.

Hilton had expressed her interest in the LydianCoin ICO in a series of now-deleted Tweets on Twitter. A few months laters, when the CEO of LudianCoin’s parent company was embroiled in serious legal trouble, Hilton publically distanced herself from the project.

American rapper The Game also got involved in the world of ICOs in August 2017, posting a video on Twitter in which he promoted a blockchain-based platform focused on the marijuana industry.

According to reports, the founders of the project did not register the ICO with the relevant regulators, which led to legal battles with initial investors.

U.S. rapper T.I. faced a lawsuit from investors after his FLiK token seemingly failed in November. A group of 25 investors are reportedly suing the rapper and his business partner, Ryan Felton.

The group had invested over $1,3 million in the token sale. It is claimed that T.I. and Felton used the money raised during the token sale to pump the price of the coin before dumping their FLiK tokens. The plaintiffs are looking for $5 million in damages from the duo.

In Russia, TV personality and singer Olga Buzova went as far as launching her own ICO in June 2018 for a multipurpose platform that is touting a messaging app and online store for starters.

The SEC’s decision to charge both Mayweather and Khaled has made the consequences of unlawful promotions of ICOs clear for all to see.

As the SEC enforcement division co-director, Stephanie Avakian, explained in the aftermath of the Mayweather and Khaled settlements, celebrity endorsements of ICOs can have far-reaching consequences for unassuming investors:

„These cases highlight the importance of full disclosure to investors. With no disclosure about the payments, Mayweather and Khaled’s ICO promotions may have appeared to be unbiased, rather than paid endorsements.“

“Investors should be skeptical of investment advice posted to social media platforms, and should not make decisions based on celebrity endorsements. Social media influencers are often paid promoters, not investment professionals, and the securities they’re touting, regardless of whether they are issued using traditional certificates or on the blockchain, could be frauds.“

The SEC’s stance has been given a significant clout by the sheer sum of money both Mayweather and Khaled have had to pay for their indiscretions. If anything, it sends a strong message to other celebrities that are being paid to tout projects. Celebrity-endorsed fraudulent ICOs could end badly for both parties, sending a clear message to the world