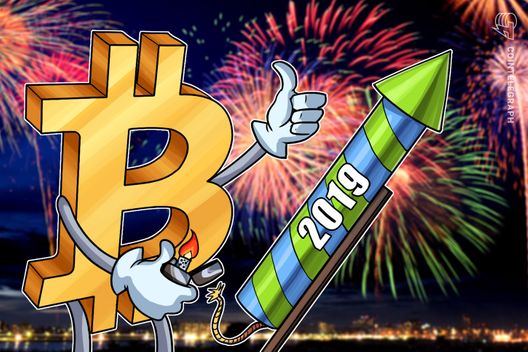 The CEO of Japanese fintech firm and crypto exchange operator Quoine has said he believes Bitcoin (BTC) will “surpass” its all-time price highs by the end of 2019, during an interview with Bloomberg Markets: Asia Dec. 4.

Speaking during the aftermath of an industry-wide price slump, Mike Kayamori said he expects new crypto market sentiment and momentum to set in after the new year, noting that “there’s nothing new, no catalyst” in the immediate future to drive prices back up.

The CEO stated that whereas many had called $4,000 as the “technical bottom” for Bitcoin this winter, the top coin had failed to hold the mark during the recent sell-off. “That said,” he added, “when you look at historical [patterns] and where things are going, I think the bottom is near.”

He corroborated his analysis by noting the pressure on Bitcoin miners, many of whom are shuttering operations as the asset’s price tumble squeezes profits. Kayamori noted:

“If there’s enough miners going out of business, that [means] equilibrium is near. When you look at how markets overshoot, both up and down, you can probably say it’s close to the bottom.”

Kayamori claimed that Japanese regulators are now starting to open up again to approve new crypto exchanges and token listings following the the theft of $534 million worth of crypto in January from Japanese exchange Coincheck.

Moreover, the majority of domestic exchanges are coming close to fulfilling the terms of the business improvement orders that were issued by Japan’s Financial Services Agency (FSA) to clean up the industry in the aftermath of the Coincheck hack.

With better practices in place across governance, compliance, asset segregation, secure cold wallet storage — as well as increased participation from financial industry veterans — Japan’s crypto landscape is in a period of “consolidation,” he said.

Additionally, the FSA is reportedly working on ICO regulations to protect investors from fraud. And, as reported today, Japan’s government is also purportedly currently seeking ways to prevent tax evasion on profits from crypto transactions.