German financial regulators have warned the public about an unapproved crypto offering, which it claimed was operating without permission under the German Banking Act

The German Federal Financial Supervisory Authority (BaFin) issued a warning Nov. 29 that a firm called Platin Genesis DCC is not authorized or approved by the proper authorities.

In the warning, BaFin states that Platin Genesis was advertising a “Platinum Coin Crypto Fund” on social media, which it claimed was “approved and released by BaFin.” The watchdog clarifies in its statement that this is not true.

Per BaFin, the firm does not have permission under section 34 of the German Banking Act to conduct banking activities or offer financial services. The firm is not under BaFin’s supervision.

The firm’s token “Platincoin” is listed on CoinMarketCap, and is trading at $4.48, down 1.11 percent on its daily chart at press time.

Earlier this month, BaFin ordered a partial cessation of activities of U.K.-based crypto-related firm Finatex Ltd. The firm was ordered to “immediately” put a halt to cross-border proprietary trading on its trading platform, Crypto-Capitals.

BaFin has maintained a hawkish stance toward ICOs, and has called for international regulations in the sector. Last month, BaFin chairman Felix Hufeld said that “the number (of ICOs) and the volume (of money) per ICO are both getting higher. Investors have mostly minimal rights.”

Referencing ICOs, Hufeld recommend private investors to “keep away from such things” adding that discussions on ICO regulations were underway in “multiple international forums.” 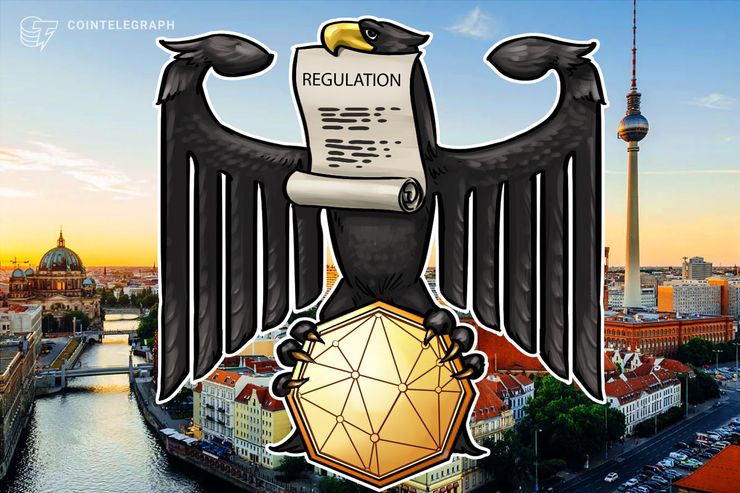 German financial regulators have warned the public about an unapproved crypto offering, which it claimed was operating without permission under the German Banking Act