SEC Chairman: Investors Should Consider Lack of ‘Safeguards’ Before Investing in Crypto

SEC Chairman: Investors Should Consider Lack of ‘Safeguards’ Before Investing in Crypto 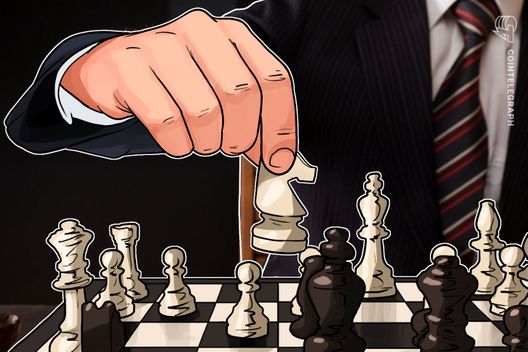 Mid-way through the interview, Clayton told Sorkin that the securities regulator had worked hard to educate investors about the risks of participating in an emerging and unpredictable market, one for which regulation is still taking shape. Clayton continued:

“We tried to get the word out that although the trading looks like the trading you would see on Nasdaq or on the New York Stock Exchange, these markets do not have the same kinds of safeguards for you. We’ve worked for […] seventy years to try to prevent manipulation in those [traditional] markets, to try and prevent people taking advantage of the small player.”

The chairman also acknowledged the limitations facing the regulator in the context of offshore token sales, stressing that he has “tried to make it clear” that if investors purchase digital assets overseas, and something goes awry, ”there’s very little [the SEC] can do to get it back as a practical matter.”

The interview moved beyond market action to the very structure and innovation of the technology underpinning most digital assets, blockchain. In response to Sorkin’s point that the cornerstone ideology of a blockchain-based ecosystem is that it has “no real arbiter” — neither judge nor jury — Clayton implied this very principle was at loggerheads with existing regulation.

In comments after the interview on CNBC’s “Squawk Box” segment, Sorkin reflected that while he had previously expected the “next inflection point” for crypto to be some form of “positive regulation” from government regulators, he now felt the SEC was unlikely to shift its stance to adapt to and “work with” the emerging space. Clayton’s effective point, Sorkin argued, was rather that “crypto would have to change its technology to work with the law.”

In another interview earlier this week, Clayton underscored the SEC’s hardline stance on digital tokens that are deemed to be “non-compliant” — i.e. unregistered with the agency — securities offerings.

Clayton has previously affirmed that while cryptos that aim to act “replacements for sovereign currencies” — most notably Bitcoin (BTC) — are not securities, most sold through Initial Coin Offerings (ICO) are. He also emphasized the agency would not “do any violence to the traditional definition of a security” to accommodate the new sector.