A artificial/human intelligence hybrid is being built by a blockchain-based startup. Their goal? To pass the Turing test #SPONSORED

Artificial intelligence has come a long way in recent years, but there is still one milestone which is yet to be achieved: passing the Turing test.

The premise is simple: an interrogator asks questions to a machine and to a human while sitting in a separate location, and receive the answers written down. If they can’t tell the difference between man and machine after a period of time, the AI has passed.

For the past 12 years, a $100,000 prize has been offered to the developers of the first program to pull this off. Alas, there have been no winners so far.

Now, a startup is taking on the challenge of building an AI which can succeed where no machine has done before – and is using blockchain to incentivize the public to help them in its quest.

According to CEN, current AI offerings can be fragile – “making childish errors when they come across new information from outside their training set.” This is normally the key reason AIs struggle in the Turing test, as they often provide answers that lack any relevance to the question that was asked.

The startup’s approach is to switch questions that an AI cannot answer to a human in real time – a seamless blend of machine and manpower. This new information is then added to the AI’s knowledgebase, helping it to learn what to do in the future.

Tokenization is used to log the answers given by “minders,” the humans intervening, and they are rewarded for their efforts in ERC-721 tokens – a non-fungible token that has become popular in recent years because of how they are unique and non-divisible. Minders also have the chance to earn royalties if their knowledge is used again in the future.

CEN is now running a campaign to recruit these minders, and has also launched a test version of its chatbot where members of the public can put it to the test and make improvements by replying with “+” when they like an answer or “-“ if they don’t.

The startup firmly believes that AI will have a fundamental role in the 21st century, but argues that many machines are being built incorrectly – and subsequently lack human understanding. It is also passionate about ensuring that people are rewarded for their knowledge, in an age where large corporations often solely reap the benefits.

Its platform also paves the way for individuals and businesses who are seeking expert information to pay for further insight from a human using tokens.

CEN says its founding team “have made various groundbreaking accomplishments in the field of technology,” which include inventing the touch screen and delivering the world’s first mobile VoIP call. They are now upbeat about achieving similar success in the AI industry and say it is ripe for disruption.

The company has developed a number of pre-production systems which aim to reveal the full potential of a hybrid artificial and human intelligence system. Over time, CEN hopes to scale these platforms further – and ensure that humans who want to make a contribution can do so through an interface that’s suitable for non-programmers.

A “freemium” model will enable registered users to access crowdsourced information free of charge, and additional products or services will be available for purchase on demand. It is hoped that artificial intelligence will help to reduce costs per hour when compared with the fees charged by humans alone.

The network is scheduled to launch in the spring of 2019, and CEN is currently holding a crowdfunding campaign. CEN will also be attending BlockShow’s Asia Blockchain Week in Singapore, giving participants a chance to learn more about what it has to offer. 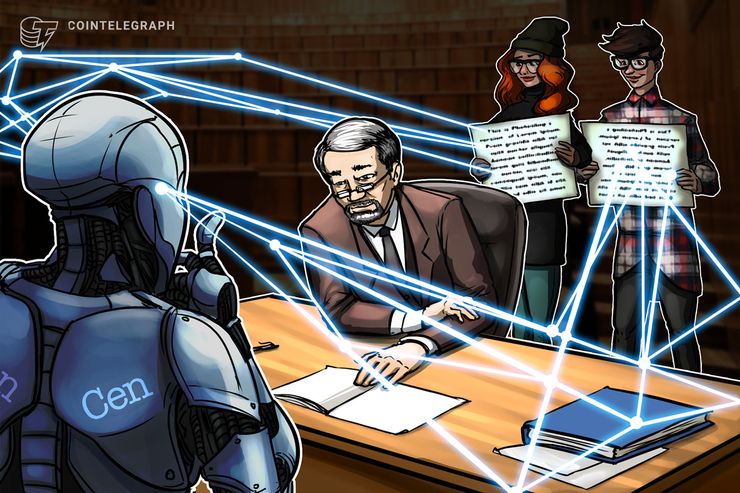 A artificial/human intelligence hybrid is being built by a blockchain-based startup. Their goal? To pass the Turing test #SPONSORED