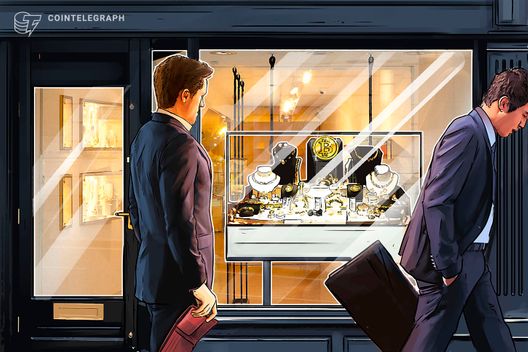 Birks, which has operated since 1879, will initially accept the largest cryptocurrency in eight of its 30 domestic stores in Canada.

Seven are already servicing Bitcoin payments, with the facility coming to the company’s latest Graff and Patek Philippe stores in Vancouver “soon.”

Commenting on the move, Jean-Christophe Bédos, president and CEO of Birks Group, described the decision as being of “great significance.”

“BitPay will benefit our customers as we look to align ourselves with these innovative capabilities that are on the forefront of technology,” he said.

As Cointelegraph has reported, Bitcoin’s underlying blockchain technology has seen multiple use cases in tracking materials in the jewelry industry, with dedicated startups focusing on using it to increase diamond supply chain transparency.

In October, the world’s largest diamond producer Alrosa joined one such blockchain tracking pilot in the form of De Beers’ Tracr.

BitPay is currently embroiled in controversy over its security practices after the discovery a developer had injected malicious code into its Copay wallet this week.

While it remains unclear as to whether the vulnerability was ever exploited over the three months since it was created, cryptocurrency industry figures were quick to pour scorn on the company.