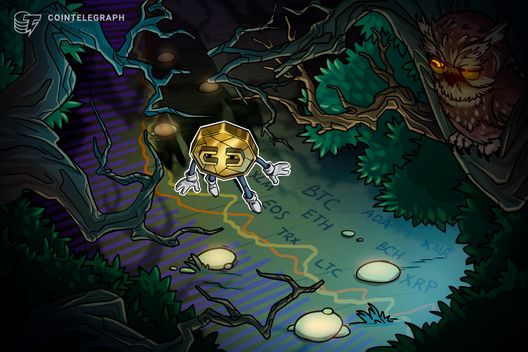 While the recent fall has hurt traders’ accounts, Mike Novogratz of Galaxy Digital believes that cryptocurrencies will undergo a turnaround next year

The digital currencies were relatively stable from early September of mid-November, after which the decline started. Since then, incessant selling dragged the total market capitalization of cryptocurrencies from above $210 billion on Nov. 14, to just below $116 billion on Nov. 25, a fall of close to 45 percent.

After such a waterfall decline, an equally sharp pullback is probable. However, the markets will not switch over from a strong bear phase to a bull phase instantly. Mike Novogratz, ex-Goldman Sachs partner and founder of Galaxy Digital, believes that the cryptocurrencies will stage a turnaround next year.

While the fall has hurt traders’ accounts, it has not stopped the adoption of cryptocurrencies. In an apparent first, businesses in the U.S. state of Ohio will be able to pay their taxes in Bitcoin. This facility may possibly be extended to the individual taxpayers in future, according to the Wall Street Journal (WSJ).

Bitcoin dropped to a low of $3,620.26 on Nov. 26, from where the bulls attempted a pullback that hit a roadblock just above the $4,200 level. Currently, the bears are attempting to resume the downtrend. The zone between $3,000–$3,500 is an important support and we expect it to hold.

The fall in the last few days has plunged the RSI into deeply oversold levels. Though in a bear phase the RSI frequently stays close to the oversold zone, a reading of 11 on the RSI indicates capitulation.

Usually, such a sharp decline is followed by an equally sharp throwback rally. The BTC/USD pair will face minor resistance at the downtrend line but we expect it to be crossed. The upside targets are a pullback to 38.2 percent Fibonacci retracement level of $4,712.89 and a 50 percent retracement level of $5,050.40. The 20-day EMA is also just above this level and might act as a stiff resistance.

It is difficult to trade the rebound, hence, only experienced traders willing to take a risk should attempt to go long, if the virtual currency sustains $4,250 for about four hours. The stop loss can be kept just below $3,500. As this is a risky trade, use only 30 percent of the usual allocation. On the downside, if the digital currency breaks below $3,620.26, a fall to $3,000 is likely.

Ripple broke below the support of $0.37185 on Nov. 25, but buying at lower levels helped it recover most of the intraday losses. The bears are currently attempting a sell off once again.

If successful, the XRP/USD pair can decline to the support line of the channel, which will act as a strong support. However, if the level fails to hold, a retest of $0.24508 is possible.

On the other hand, if the bulls push prices above $0.37185, a pullback will begin that can extend to $0.43 where we anticipate a strong resistance from the 20-day EMA. We do not find any buy setups; hence, we are not suggesting a trade in it.

The buyers seem to have deserted Ethereum because there is not even a reasonable attempt to pullback after such a decline.

On the upside, the recovery will face roadblocks at $130 and $140. If these two levels are crossed, a pullback to $158 is possible. However, we do not find any reliable buy setups, hence, it is best to stay on the sidelines.

As the hash war in Bitcoin Cash is over, we have reintroduced it in our analysis. Due to the fork, we will have to look at it afresh.

Within a short span of 20-days, the decline has been massive. The bulls are attempting to provide support close to $148.27. If they succeed, a pullback to 38.2 percent Fibonacci retracement and 50 percent retracement of the recent fall is probable.

If the bulls fail, the BCH/USD pair might extend its downtrend. Though it is in uncharted territory, the next major support is at $100. Traders can wait for a bullish pattern to form before initiating any long positions.

A breakdown of the Nov. 25 lows will resume the downtrend and push the XLM/USD pair to the next support at $0.08. Any recovery will face a stiff resistance at the $0.184 level. We do not find any reliable buy setups, hence, are not proposing a trade in it.

Though the RSI is in oversold territory, the bulls could not initiate a recovery in EOS as it continues to trade below the $3.8723 level.

The immediate support is at $3. If the EOS/USD pair bounces off this support, it will face a minor resistance at the downtrend line, above which $3.8723 will act as a major resistance. If the bears plummet prices below $3, the next support is at $2.40. Traders should wait for a trend reversal before attempting to buy it.

Litecoin is in a firm bear grip. It broke its support at $32 and fell to a low of $28 on Nov. 25. There has been no reasonable pullback since the decline started on Nov. 14, which shows a lack of buying interest by the bulls.

Below $28, the next support is at $20, but considering the oversold readings on the RSI, we anticipate a pullback within the next few days.

On the upside, the recovery will face a stiff hurdle at the 20-day EMA. We expect the LTC/USD pair to form a range before starting a new uptrend. Until then, we suggest traders remain on the sidelines.

The RSI is in deep oversold levels that can result in a pullback that will face resistance in the zone of $0.50 and the 20-day EMA. We shall wait for a confirmed bottom to form and the chart pattern to signal a reversal before suggesting a trade on the ADA/USD.

If the bulls hold the support of $54.081 and begin a recovery, the XMR/USD pair can rise to $71 and above that to $81. We expect a strong resistance at $81. Due to the oversold readings on the RSI, we anticipate a recovery within the next few days. However, there are no buy setups yet, hence, we are not recommending a trade in it.

The RSI is deeply oversold, which shows that selling has been overdone. A recovery from the current levels can carry the TRX/USD pair to the overhead resistance of $0.01587681, where we expect sellers to step in.

Contrary to our opinion, if the bears continue to pound the digital currency, a fall to $0.00844479 is possible. Traders should wait for a new buy setup to form before buying.

While the recent fall has hurt traders’ accounts, Mike Novogratz of Galaxy Digital believes that cryptocurrencies will undergo a turnaround next year