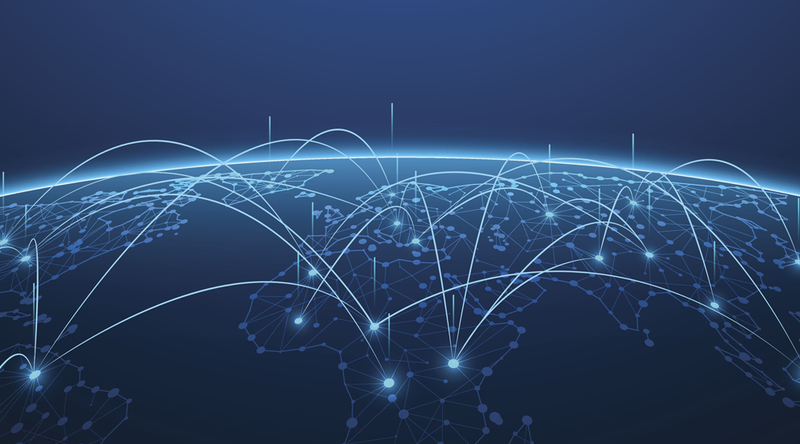 At the epicenter
of efforts to thwart the proliferation of these intrusions is BlockSafe Technologies. A U.S. company with headquarters in Edison, New Jersey, BlockSafe is a subsidiary company of StrikeForce
Technologies, Inc., a leading cybersecurity solutions provider for corporations,
government agencies and consumers that has been in business over 18 years.

According to
BlockSafe, most hacks involve wallets compromised by malware, where keyloggers
are used to obtain secret codes and clipboard information is used to redirect
destination addresses. Once a wallet has been hacked, getting money returned or
even the prospect of legal recourse has always proven next to impossible.

BlockSafe
employs a multipronged approach that locks down the decentralized ecosystem
along the three primary exposure points of wallets, exchanges and private
blockchains. Through a comprehensive set of solutions, BlockSafe provides a
stable approach for today’s topsy-turvy blockchain ecosystem at its two highest
on-ramps of vulnerability: user authentication and interaction.

BlockSafe’s CryptoDefender product includes two versions, one for desktop and one
for mobile, to ensure device protection. It accomplishes this by proactively
mitigating keylogging malware, which is often the source of crypto
wallet credential theft. Available on both Android and iOS devices, it also
includes a password vault, secure browser, two-factor authentication and strong
password generator.

BlockSafe’s ExchangeDefender consists of two product features — CryptoDefender, as well as
ProtectID, which protects the computers and mobile devices involved in the
exchange.

BlockSafe’s BlockchainDefender serves as an interchange between applications and private
blockchains. Data fields are scanned for malware, and transactions are
authenticated via ProtectID.

According to BlockSafe CEO George
Waller, $9 million is stolen from crypto wallets every day.

“They are an easy target for
hackers,” he said. “When money is stolen from a user’s wallet, it’s gone. There
is no one to call because there’s no one regulating it.”

Because of the skyrocketing
growth of blockchains and cryptocurrencies, Waller said that the team at BlockSafe
began looking at vulnerabilities across the ecosystem. It was here where they
began to realize that three areas (wallets, exchanges and blockchains) all have
major vulnerabilities.

“That’s what led us to open up
and dedicate a company exclusively to the security concerns facing crypto
wallets, exchanges and private blockchains,” Waller said. “We’re dedicated 100
percent to just protecting this ecosystem.”

He also noted that if you look at the non-crypto world in the last
seven years, over 90 percent of attacks throughout the world are malware and
spyware related.

“Thieves just don’t decide they want to be in a network and get
in,” he said. “Rather, they have to use brute force and steal credentials and
stuff like that.”

This, said Waller, is where malware comes in.

“They use it to steal your credentials and to log themselves in,”
he explained. “About 95 percent of the time with that malware, a keylogger was
at least one of the components used to facilitate the breach —what we call a
‘malware cocktail.’ So, as cryptocurrency started to grow quickly over the past
few years, the hackers started turning their attention to using this same malware
with other components, to steal from user wallets and their phones.”

The good news, according to Waller, is that BlockSafe
Technologies’ parent company, StrikeForce Technologies, has dedicated the past 18
years to helping people protect what they do.

“We live, eat and breathe cyber,” Waller said. “That is all we do;
we do cyber and nothing else.”

Dean Anastos, founder and CEO of blockchaindevelopers.org, a
company specializing in token creation, smart contracts and crowdsale services
on the Ethereum blockchain, is adding his own expertise to the efforts of
BlockSafe Technologies.

STO [security token offering] project
off the ground,” Anastos said. “They have a very interesting technology that
seeks to basically protect individuals from getting their crypto stolen. It is
a genius idea, and they have a patent on it.”

With help from blockchaindevelopers.org,
BlockSafe is conducting a security token offering and creating a
revenue-generation token.

“Right now, what we are very concerned about from the perspective
of crypto is minimizing the barriers of mass adoption into this industry,”
Waller said. “Because if malware really starts to reap the benefits of what
malware does, it is going to prevent mass adoption. We see the value of
blockchain technology, but we also know from 18 years of experience how hackers
steal. So, we want to protect the wallets, protect the exchanges and protect
private blockchains. That’s where we are laser-focused at the moment.”

Note: Trading and
investing in digital assets is speculative and can be high risk. Based on the
shifting business and regulatory environment of such a new industry, this
content should not be considered investment or legal advice.