Former President of Mexico Vicente Fox was part of a panel discussion at the Blockchain Economic Forum in Singapore on February 5, 2018, and had a number of insights on blockchain technology generally and how Mexico might make use of it to help curtail corruption and rein in the drug trade.

While President Fox openly admitted that he doesn’t understand blockchain technology that well at this point (learning more about it was a big reason he went to the conference), he does see the incredible potential for the use of a platform that democratizes data for the good of all.

In one example, he talked about how Mexico has to import $40 billion worth of corn from the United States because they aren’t growing enough, but it is a staple of the diet in Mexico. He knows there are older farmers that don’t necessarily understand technology, but they have wisdom and know how to get higher yields. What he envisions is a way for all those data points and metrics — from soil to irrigation to time of year, and what that generated in yields — and get it into an easily accessible, public format so that the “three and a half million farmers in Mexico can access that wisdom and increase their own yields for the benefit of everyone.” President Fox refers to this as the “Yellow Revolution.”

Drugs, energy and corruption are a large problem in Mexico. Something President Fox would like to see is the legalization and regulation of cannabis in the U.S., just as they did with alcohol, tobacco, abortion and same-sex marriage. By legalizing and regulating it and keeping the information about its cultivation, distribution and sale available for easy auditing, he feels that the power of the drug cartels can be minimized, which in turn can start to minimize the corruption problem.

Corruption in governments worldwide costs citizens trillions of dollars. President Fox knows there is technology that can help to hold these politicians accountable, from elections to votes on legislation, and wants to see it deployed.

When it comes to bribery, he noted, “You cannot corrupt a machine or a computer.”

Mexico is rich in natural oil reserves, but President Fox explained, “Part of our corruption that needs to be addressed is milking the pipelines. Thieves drill into our oil and gas pipelines and steal vast quantities of oil and gas directly from the pipeline.” He encouraged the blockchain community to continue to come up with innovative supply chain solutions.

President Fox wants to bring good ideas to Mexico, to inspire the proud and hardworking people there. He wants to accelerate the development of this technology to match the pace in today’s world. He knows what the problems are, and he wants to see the community excited and inspired to create the solutions that can contribute to a better world for everyone. 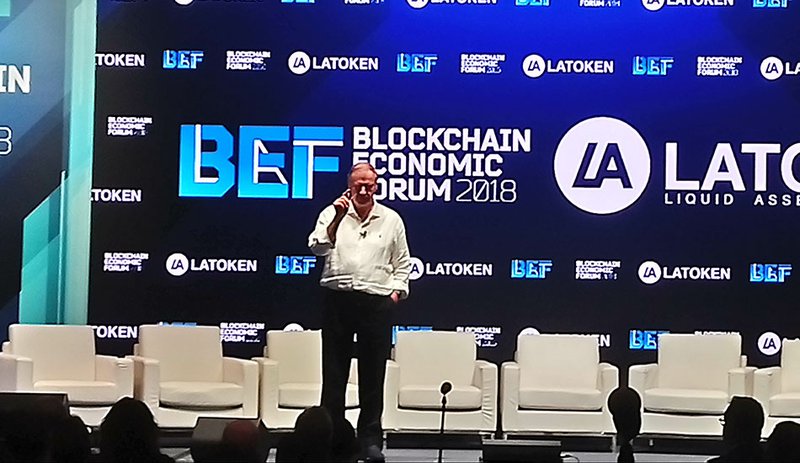